HomeIndiaPopulation Exposed to Covid Could Be Thrice the Tally: Indian Council of Medical Research

Population Exposed to Covid Could Be Thrice the Tally: Indian Council of Medical Research 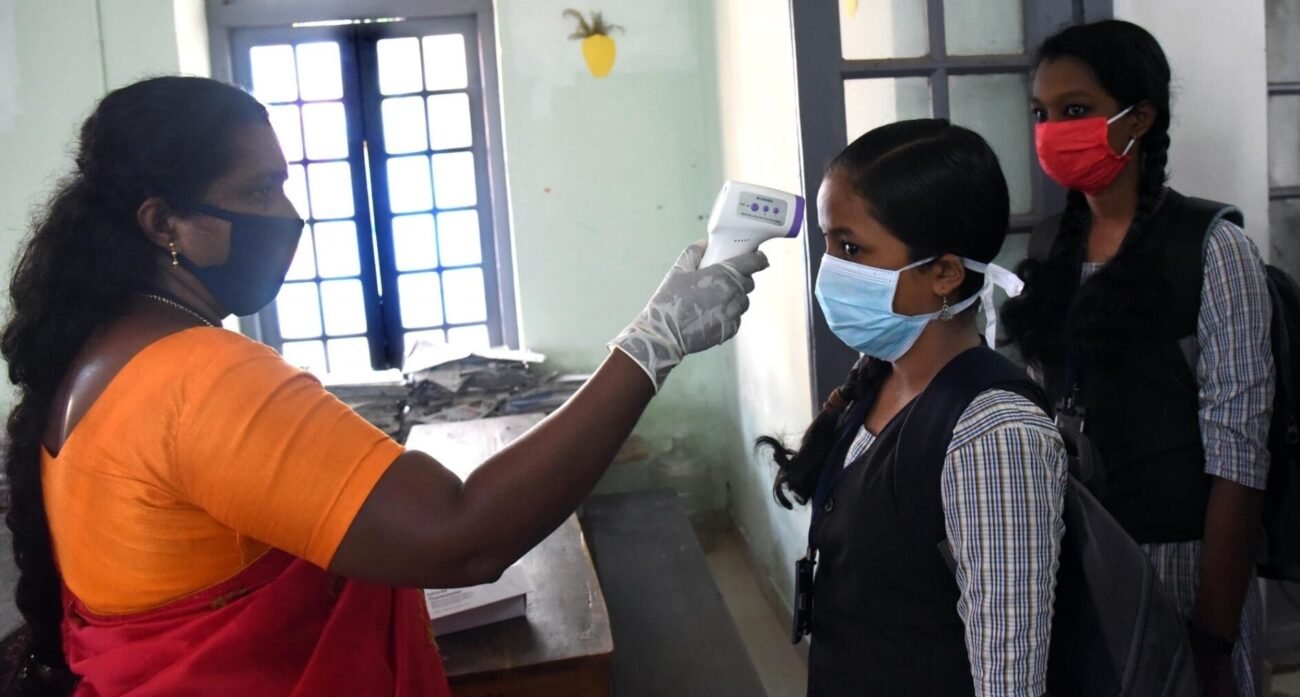 Population Exposed to Covid Could Be Thrice the Tally: Indian Council of Medical Research

Students being screened for COVID-19 as they arrive at their exam center in Kochi, Kerala, May 26, 2020. (IANS photo)

NEW DELHI – The latest serosurvey conducted by the Indian Council of Medical Research has revealed that nearly three times more Indians may have been exposed to the coronavirus as compared to the country’s current Covid-19 tally.

As per the survey findings released Feb. 4, over 21 percent of the population, aged 10 years and above, showed evidence of past exposure to Covid-19. It noted that a large proportion of people are still vulnerable to the infection.

The seroprevalence percentage translates to roughly 27.9 million people who were likely exposed to novel coronavirus in India, as per the ICMR serosurvey.

So far, India has registered 10.8 million cases of Covid-19, according to the latest data released by the Union Health Ministry Feb. 4.

This is the third national serosurvey conducted between December 7 last year and January 8.

Presenting the findings of the survey during a press conference, ICMR director-general Balram Bhargava said that 21.4 percent of the 28,589 people, aged 18 years and above, surveyed during the period showed evidence of past exposure to the coronavirus, while 25.3 percent of children aged 10 to 17 years from the same number of surveyed population have had the disease.

The urban slums have reported the highest seroprevalence at 31.7 percent, the ICMR said. The urban slums had reported the highest seroprevalence in the last serosurvey as well, with population density coupled with high mobility, and challenges in safe distancing and hand hygiene being the key drivers of spreading the infection.

Meanwhile, urban non-slums at 26.2 percent had a higher SARS-CoV-2 prevalence than those in rural areas where the prevalence was found at 19.1 percent, Bhargava said.

He added that 23.4 percent of individuals above 60 years of age had suffered from Covid-19.

Meanwhile, blood samples of 7,171 healthcare workers were also collected during the same period and the seroprevalence among them was found to be 25.7 percent, the survey findings stated.

The third serosurvey was conducted in the same 700 villages or wards in 70 districts in 21 states selected during the first and second rounds of the national serosurvey.

The previous serosurvey released in November last year had found that nearly 7 percent of India’s population aged 10 and above was exposed to the coronavirus, amounting to an estimated 74.3 million infections by August.

On the coronavirus situation in the country, the Health Ministry said India’s Covid-19 cumulative positivity rate is 5.42 percent and declining. The weekly positivity rate (last week) was recorded at 1.82 percent, it said.