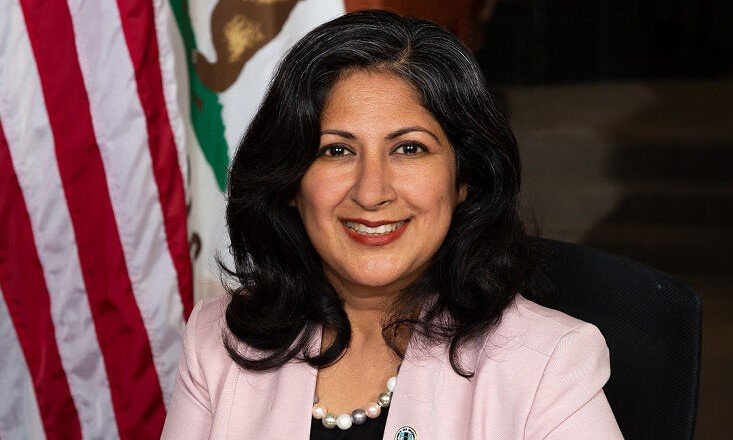 A new Master’s in Public Administration program has been launched at Claremont Lincoln University with Indian American officials on its Inaugural Advisory Council, including Irvine Mayor Farrah N. Khan (seen above, cityofirvine.org photo)

The Claremont, California-based nonprofit online university offers master’s degrees through a socially conscious education, and, with the formation of the council, said in its news release that it is delivering on its mission to build a diverse, inclusive and equitable society.

CLU’s MPA Inaugural Advisory Council is made up of some of the most venerated change-makers in California who will provide relevant, powerful and real-world insights into the public administration field, the university boasts.

These council members will shape the next generation of leaders, placing an emphasis on the honor of service as a public servant. They will extend their expertise and guidance to the CLU MPA program, with a goal of empowering public administrators to become the trailblazers needed in today’s world, it says.

These leaders, the university continued, are committed to putting service back in public service.

Members of CLU’s MPA Inaugural Advisory Council bring a diverse perspective to complex municipal and governmental issues and the strategies needed to effect social change on sustainability, housing, land use and infrastructure, as well as diversity, equity and inclusion, it said.

The practitioner-focused curriculum of CLU’s MPA program offers emergent tools to help learners gain the knowledge and skills needed to address complex social, environmental and municipal challenges, according to the release.

The program was collaboratively developed through a partnership with the Lincoln Institute of Land Policy, a globally known organization that serves municipalities worldwide through research and creative approaches to land as a solution to economic, social and environmental challenges.

The program is conducted entirely online, and full-time students can complete it in a little over 13 months.