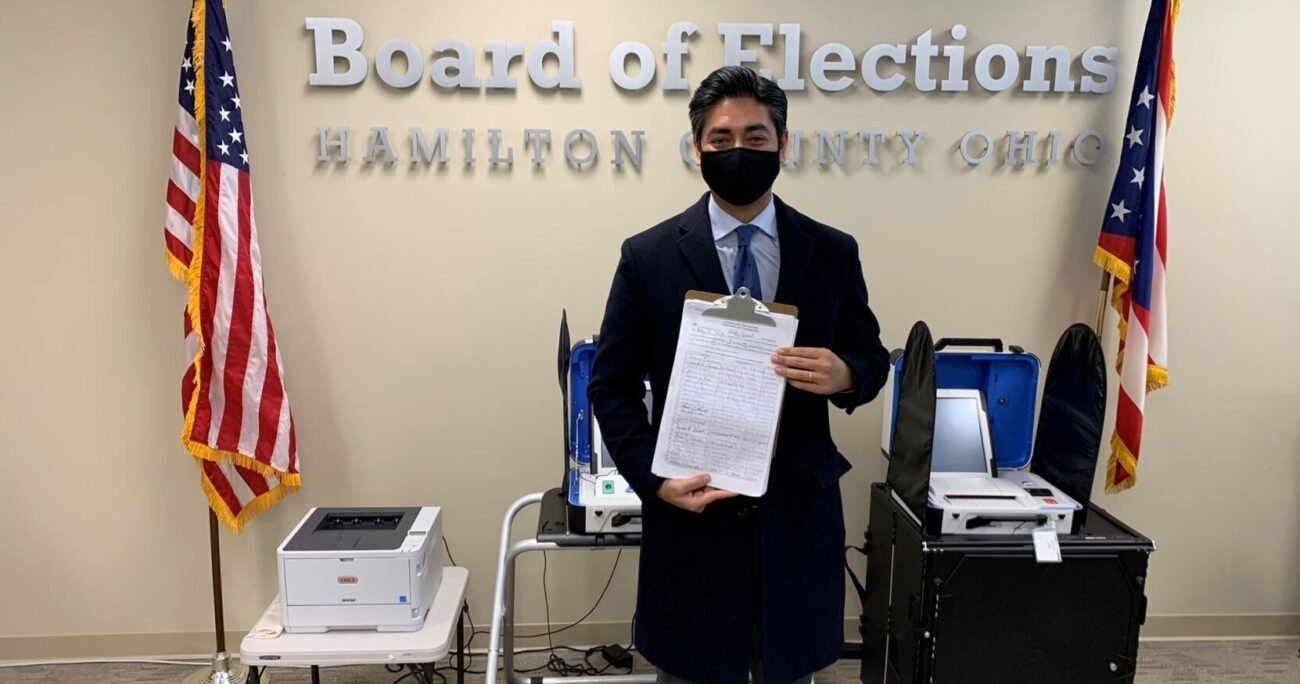 BizJournals.com reports that Pureval doubled the number of signatures needed to get on the ballot.

The Hamilton County Board of Elections will now verify the signatures. If enough of them are valid, Pureval will make the ballot, the report said.

Pureval said his volunteers had gathered 1,100 signatures. Cincinnati’s charter allows candidates to turn in up to 1,000. The Pureval campaign had 200 people gathering signatures, according to the report.

“Aftab’s campaign is focused on a recovery from COVID that grows our economy and benefits all Cincinnatians. Our campaign is about building a Cincinnati that works for every person and having a robust presence in every neighborhood,” Pureval’s campaign manager Allie Watters said in the report.

The Indian American candidate closed out his clerk of courts campaign account and transferred its $174,000 balance to a new, city campaign account. State law bars Ohio candidates from having more than one state-based account, the report adds.

The Cincinnati Elections Commission recently ruled that campaign funds in Pureval’s county campaign funds can be moved to the city account. The same rule applies to any state or county-based candidate that would run citywide, BizJournals said.

The difference is notable because people running for county offices can take unlimited campaign contributions from individuals. The city charter bars contributions of more than $1,100 per election cycle for individuals, $2,700 for political-action committees and $10,500 from political parties or legislative committees. Pureval will have to abide by those limits going forward, the report said.

The primary for the mayoral race is May 4.