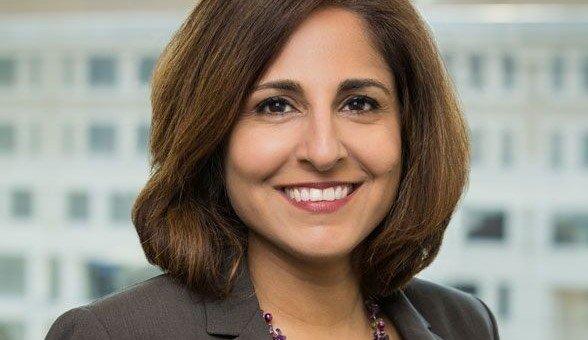 NEW YORK – The White House is scrambling to find Republicans who can put Neera Tanden, the Indian American nominee for the White House Office of Management and Budget, over the finishing line, as opposition to her candidacy intensifies on both sides of the aisle in a 50-50 Senate.

As of Feb. 22 morning, at least two senators have decided they will vote against Tanden. That leaves Biden and Harris to hunt for at least one Republican to vote yes. Kamala Harris holds the tie breaking vote.

It’s payback time for lawmakers who were attacked by Tanden for years on social media. In a 50-50 Senate, multiple kingmakers are now flexing muscle and settling old scores.

“Neera Tanden has neither the experience nor the temperament to lead this critical agency,” said Republican senator Susan Collins of Maine, becoming the second senator ready to sink Tanden’s chances.

Tanden had once tweeted that Collins is “the worst.” The first blow came from within the Democratic party, when West Virginia Senator Joe Manchin slammed Tanden.

“I believe her overtly partisan statements will have a toxic and detrimental impact on the important working relationship between members of Congress and the next Director of the Office of Management and Budget,” Manchin said in a statement.

In earlier weeks, Manchin has been angered by Vice President Kamala Harris too. He hit back hard after Harris’ off message interview to a TV station where she framed the Covid-19 relief plan as something she and Biden would deliver to the American people, without even a nod to the delicate bipartisan balancing act involved.

Biden is said to have called Manchin to calm him down. It was Harris’ first brush with the political reality of an evenly divided Senate, where her tie breaking vote will work its magic only when at least 50 others play ball in the 100-member chamber.

If Tanden sinks, Manchin would have landed his first blow. If Tanden squeezes through, it means the White House would have to go all out to find at least a single Republican backer, assuming all other 49 Senate Democrats vote for Tanden.

Biden said last week he would not pull Tanden’s nomination. “I think we are going to find the votes and get her confirmed,” Biden said.

The Senate Budget Committee is scheduled to vote on Tanden’s nomination this week. If confirmed, Tanden would be the first woman of color and first Indian American ever to lead the OMB.

“The Biden-Harris Administration thoughtfully selected the most diverse cabinet and senior staff in American history to guide America through multiple converging crises. We are particularly heartened by the inclusion of outstanding South Asian public servants, including Ms. Tanden and Dr. Murthy, and we strongly urge the U.S. Senate to confirm them.

“Neera Tanden was a key architect of the Affordable Care Act, which expanded healthcare to millions of American families, and has served as a senior policy advisor to Democratic Presidential campaigns and administrations…Ms. Tanden’s longstanding commitment to advancing policies that improve American lives makes her an ideal choice to serve as President Biden’s top budget advisor.”

“Dr. Vivek Murthy is a decorated physician and served as the Surgeon General during the Obama Administration. The COVID-19 pandemic has demonstrated to the American public the dire need to have trusted public health professionals in the White House, and Dr. Murthy is beyond reproach. His impeccable credentials, experience, and ethics are precisely all of the qualities we need in our next Surgeon General, and merit his swift confirmation.”