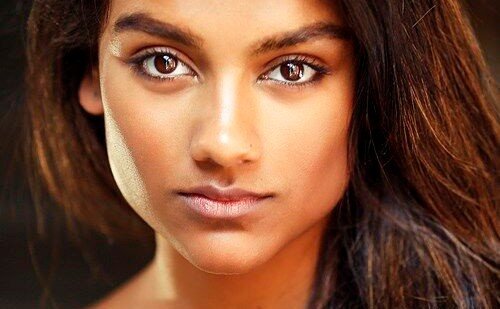 In her biggest role yet, the British Indian actress has been cast as Anthony Bridgerton’s – played by Jonathan Bailey – love interest.

The “Sex Education” star has been cast as Kate Sharma, according to a tweet from Netflix.

“Get ready to fall in love with Simone Ashley, who will play Kate in Season 2 of Bridgerton. Kate is a smart, headstrong young woman who suffers no fools—Anthony Bridgerton very much included,” Netflix tweeted alongside a headshot of Ashley.

Author Julia Quinn, who wrote the books the series is based on, also took to social media to celebrate the casting, writing, “I couldn’t dream of a more perfect Kate.”

“Bridgerton,” which celebrates the timelessness of enduring friendships, families finding their way, and the search for a love that conquers all, has become the streamer’s biggest hit. The new season, which will focus on Anthony and his relationship with Kate, is expected to begin filming in London in spring.

From Shondaland and creator Chris Van Dusen, “Bridgerton” follows Daphne Bridgerton (Phoebe Dynevor), the eldest daughter of the powerful Bridgerton family, as she makes her debut onto Regency London’s competitive marriage market. Hoping to follow in her parents’ footsteps and find a match sparked by true love, Daphne’s prospects initially seem to be unrivaled. But as her older brother Lord Anthony Bridgerton begins to rule out her potential suitors, the high society scandal sheet written by the mysterious Lady Whistledown (voiced by Julie Andrews) casts aspersions on Daphne. Enter the highly desirable and rebellious Duke of Hastings (Regé-Jean Page), committed bachelor and the catch of the season for the debutantes’ mamas.

Despite proclaiming that they want nothing the other has to offer, their attraction is undeniable, and sparks fly as they find themselves engaged in an increasing battle of wits while navigating society’s expectations for their future.

Ashley’s past credits include ITV’s “The Sister” and BBC’s “Casualty.”

In an interview with Veylex, Ashley shared that acting/being creative was something that she had always wanted to pursue.

“I’ve just always wanted to create, and anything that allows me to do that has got my attention! It allows me to be spontaneous and play… My father has always been deeply passionate about music, film, and photography. Growing up the record player was always playing rock ‘n roll tunes, or Bob Marley, and the TV always had epic movies on, like ‘Kill Bill’. It’s a bit ironic, I grew up in a household full of Indian academics, you know, the doctors, the engineers, the accountants—it’s pretty cliche! I was never a budding academic and always thrived in creative fields,” she told Veylex.

She also revealed that her family still finds her career choice “quite scary” and “unsettling” because of the unpredictability that comes with it.

“There is no crystal ball, no security, no guarantee. Which can be a parents’ worst nightmare. But they know I’m a smart lady. You can’t spend your life going with what your parents want, or your friends, teachers, lovers, want. You have to be your own hero and just go with your gut… It can be hard for my parents to understand that sometimes, but I just try to empathize with them and reassure them that I’m going to be fine,” she said.

Her advice to young South Asian actors, she told the publication, is to just “do it” and not worry about how the color of their skin will affect their passion.

“Get out of your head and just do it. Stop worrying about if people will ‘want’ you, and just do it. We can be blinded by the commercialized side of the industry and think they only want a certain look, a certain type of person. But someone has to change the game sometime!” she was quoted as saying. “Look at all the incredible movies, TV shows and artist out there of Desi heritage. And they are being celebrated big time. We need to celebrate each other and not guard ourselves by being competitive. Indian girls are so beautiful, and I am so happy to see more and more projects being made that involve all of us!”