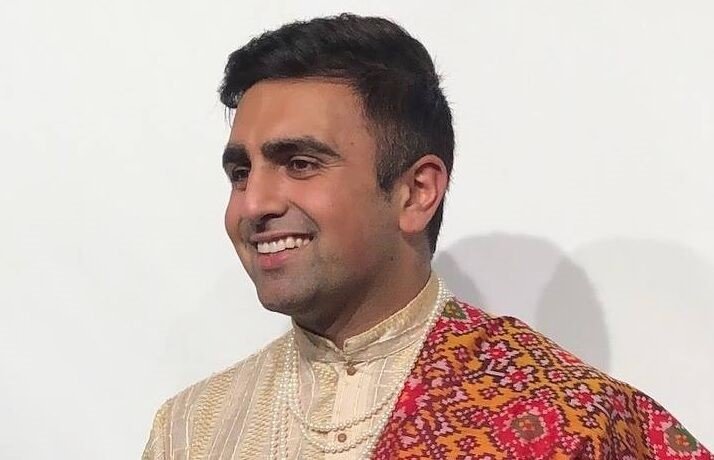 The Tyler Clementi Foundation Feb. 12 announced that Indian American Joshua Patel has been named its director of development.

The foundation’s mission is to end online and offline bullying in schools, workplaces and faith communities.

“We look forward to welcoming Josh to our team. Given today’s political climate paired with the emotional toll of the pandemic, there is a great need for positive reinforcement,” founder and CEO Jane Clementi said in a statement. “His role will allow the foundation to expand its reach – inspiring more teachers, families, employers and faith leaders to prevent bullying nationwide.”

Patel started his philanthropic career in 2011 as an intern for the Marylanders for Marriage Equality campaign. The success of the ballot committee led him to supreme court steps as he assisted the Human Rights Campaign’s Major Gifts department, his bio notes.

Following the fight for nationwide marriage equality, he joined the American India Foundation where he led various development, event planning and communications initiatives, it adds.

In March of 2018, Patel’s event titled “Equality in India,” held at the Stonewall Inn, served as the first fundraiser in the U.S. to benefit India’s LGBTQ community. Six months following the event, India’s Supreme Court repealed the archaic section 377 which made sexual behavior “against the order of nature; illegal and punishable by imprisonment.”

Patel attributes his time spent with influential leaders such as Mastercard’s Ajay Banga, Prince Manvendra Singh Gohil, and Super Bowl champion Brendon Ayanbadejo as the inspiration to continue searching for innovation in his fundraising efforts, the foundation release said.

“I am thrilled about the opportunity to raise awareness for programming that will eradicate bullying in schools, workplace and faith communities,” Patel said in a statement. “As one who has fought to combat homophobia in the Indian community, I view this opportunity as a platform to improve the lives of many like me.”

Patel received a B.A. in Communication Studies and a Certificate in LGBT Studies from the University of Maryland. In addition, he holds a Masters Certificate in Global Philanthropy from New York University.

The Tyler Clementi Foundation was founded by the Clementi family to prevent bullying through inclusion and the assertion of dignity and acceptance as a way to honor the memory of Tyler: a son, a brother, and a friend.

In 2010, Tyler’s death became a global news story, highlighting the impact and consequences of bullying, while sparking dialogue amongst parents, teachers, and students across the country, the foundation said.

In 2011, The Tyler Clementi Foundation was born out of the urgent need to address these bullying challenges facing vulnerable populations, especially LGBT communities and other victims of hostile social environments, the foundation said on its website.

Through programs such as #Day1, which provides free downloadable toolkits customized for different communities, the foundation encourages leadership to create safe spaces where individuals move from being bystanders to Upstanders who embrace diversity, it said.