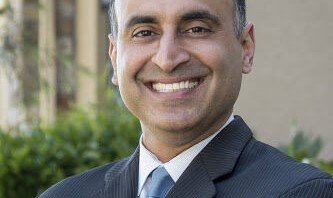 Kalra is one of just five legislators to be honored at the Feb. 24 ceremony releasing the annual CLCV Legislative Scorecard.

“I’m also thrilled to be one of only 11 legislators with a perfect 2021 environmental score,” the Indian American state official wrote in a letter to supporters.

“It was wonderful to see Governor Newsom put into place the goals of my bill through an executive order,” Kalra said. “Now, President Joe Biden has expressed his desire to set a similar national goal. I am proud that my bill got the ball rolling and it shows that California’s leadership on environmental protection can have an impact on the rest of the nation – and hopefully the world,” he said.

This year, Kalra says he intends to continue to work on greater access to open spaces for all Californian families.

Additionally, he once again has introduced the California Deforestation-Free Procurement Act to ensure we are not contributing to the continued destruction of forests critical to combating climate change.

He added in his letter that he is also excited about the introduction of the California Smart Climate Agriculture Program to assist small family farms transition to climate friendly plant-based farming.

“I will continue to work for you to protect our environment for future generations. Being named the Nature Defender is further motivation for me to work even harder to achieve our goals,” he said.