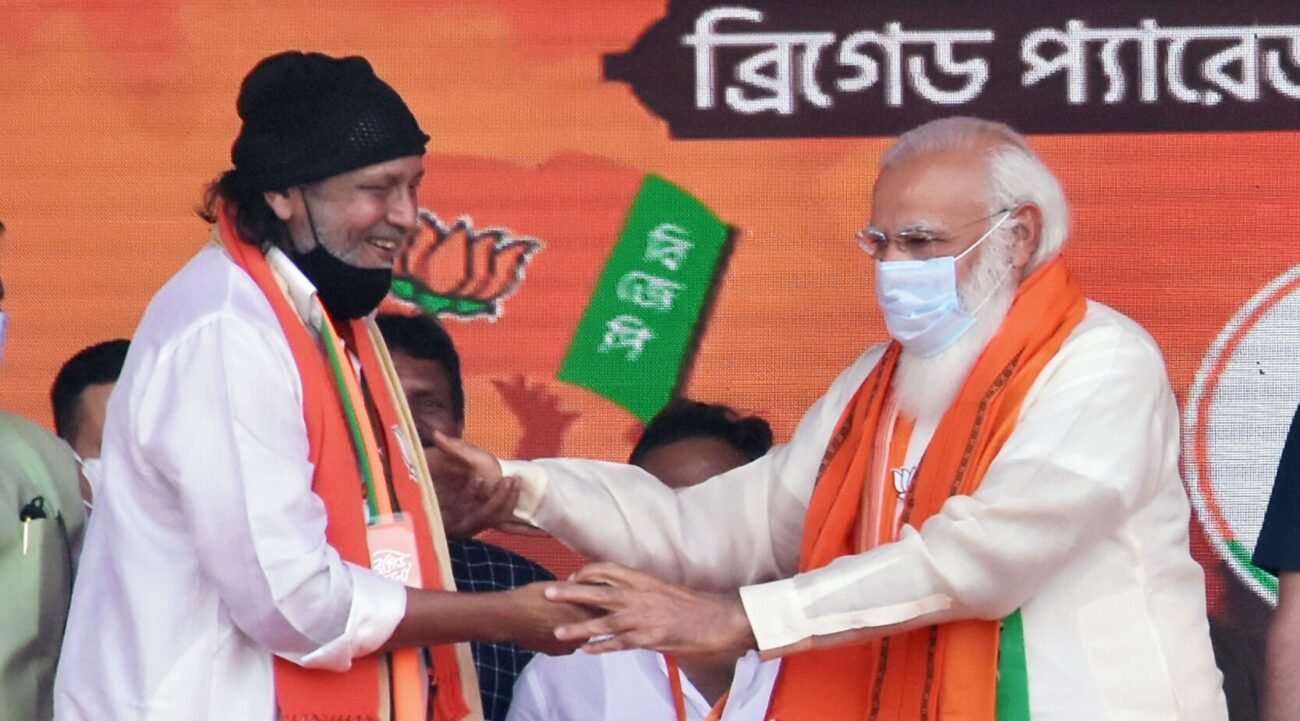 KOLKATA, West Bengal – BJP’s newest member in West Bengal, actor-turned-politician Mithun Chakraborty, on March 7 compared himself to the dangerous ‘Cobra’ snake and said he will finish the opposition in one bite.

While sharing the dais with Prime Minister Narendra Modi in Kolkata March 7, Chakraborty took a dig at Trinamool Congress and said, “Ami ekta cobra, ek chobol-ei chobi” (I am a pure cobra. My one bite is enough to kill people).

He also recited a famous dialogue from his 2006 hit film, “MLA Fatakeshto,” “Maarbo ekhane, lash podbe shoshaney” (I will thrash you here, your body will fall into the crematorium).

While joining the BJP, Chakraborty said his dream came true by sharing the stage with Prime Minister Narendra Modi. “I had never imagined that I will be sharing the dais where the biggest leader of the biggest democracy our beloved PM Narendra Modi is about to speak. I always had a dream to work for the poor, downtrodden. Now, it is seen as being fulfilled,” he said at the Brigade Parade Ground here.

Chakraborty, 70, was a Rajya Sabha MP for Trinamool Congress for two years. He resigned from the position in 2016 citing health reasons after his name surfaced in the Saradha ponzi scam.

In October 2019, the veteran actor visited the Rashtriya Swayamsevak Sangh headquarters in Nagpur and paid tributes to K. B. Hedgewar, founder of RSS.

Several former TMC leaders, including Suvendu Adhikari, Rajib Banerjee and more, had earlier joined the BJP in the run-up to the assembly elections.

West Bengal assembly elections will be held in eight phases starting from March 27, with the final round of voting taking place on April 29. The counting of votes will take place on May 2.

West Bengal is likely to witness a triangular contest this time with TMC, Congress-Left alliance and the BJP in the fray.

After winning three seats in the 2016 assembly elections in West Bengal, the BJP made deep inroads into the state in the 2019 Lok Sabha elections, winning 18 seats and reducing TMC’s tally to 22. Out of the total 42 Lok Sabha constituencies in West Bengal, Congress won two seats, the Left drew a blank.