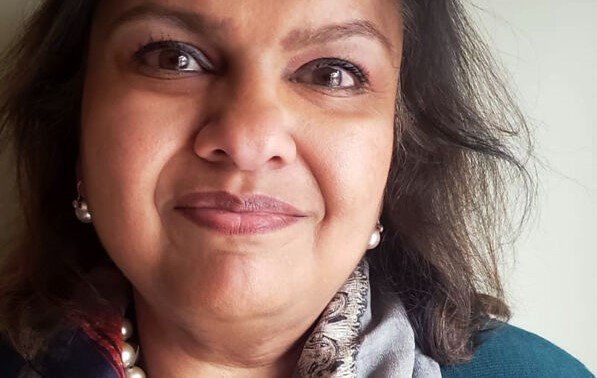 Anjali Mehrotra, the president of the National Organization of Women for New Jersey and the Mountainside Democratic Municipal Chair, has announced her bid for the New Jersey State Assembly in the 21st district.

Multiple New Jersey-based publications have reported that Mehrotra wants to take on Republican Assemblywoman Nancy Munoz and another Republican that has not yet been determined.

Assembly Minority Leader Jon Bramnick, a Republican, will seek re-election, unless Senate Minority Leader Tom Kean Jr. decides not to run again. Then Bramnick will move up to the Senate, according to a New Jersey Globe report.

Mehrotra said that her candidacy is based on “The American Dream,” according to the report.

“Born and raised in India, I moved to New Jersey in search of higher education and stayed for the opportunities,” she told the Globe. “Sure, my husband and I both faced challenges as immigrants and persons of color, but through optimism and persistence, we were able to carve a piece of that dream for ourselves and our daughters.”

In her announcement, the Indian American candidate said the COVID-19 pandemic has underscored disparities for New Jerseyans in health care, wealth and income, and food security.

“The events of last summer and the last couple of weeks have forced a moment of reckoning on our nation — who are we and who do we want to be?” Mehrotra asked in the report.

“As we come out of this pandemic, instead of going back to the same old tired ways of business as usual, we can choose to imagine and create a brave new world that is better equipped to meet the challenges that lie ahead,” she added.

She said that the COVID-19 recover will necessitate “relief for our small businesses and jobs to grow our economy,” according to the report.

“We need to build infrastructure that is reliable—our commuters deserve a better tunnel and transit system,” added Mehrotra. “We need to get guns and fear out of our schools and provide an education that will enable our next generation to meet the needs of the digital economy. And above all, we need tax fairness to ensure affordability; the status quo simply cannot continue.”

Mehrotra pushed back against what she anticipated as a campaign by Republicans to portray her “as a leftish Democrat,” the report said.

“It is their voting record that is out of touch with mainstream values in LD21. Cancer screenings and prenatal care for women are not controversial issues; removing the hurdles that make voting easier for New Jerseyans should not be partisan. Clean water and clean air for residents are not singularly progressive causes,” Mehrotra said.

“Yet, under eight years of Governor Christie and since then, the incumbents have resisted all attempts to move New Jersey forward,” she told the publication.

This is Mehrotra’s second bid for public office. She also ran unsuccessfully for city council in heavily-Republican Mountainside three years ago.

Mehrotra earned her bachelor’s in computer engineering and her master’s in management information systems from Stevens Institute of Technology.