HomeSportsSix Cities to Host Games as IPL Returns to India

Six Cities to Host Games as IPL Returns to India 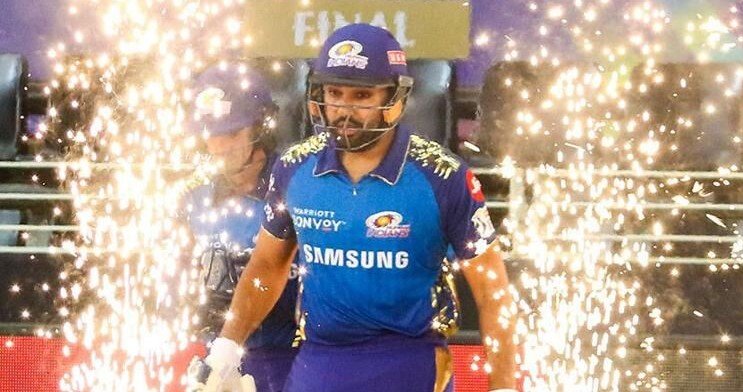 Six Cities to Host Games as IPL Returns to India

Rohit Sharma of Mumbai Indians arrives to open the innings during the final of IPL 2020 at the Dubai International Cricket Stadium in Dubai Nov. 10. (BCCI/IPL/ANI photo)

NEW DELHI — The IPL will return to India after nearly two years with six cities chosen to host the world’s lucrative Twenty20 competition.

Defending champion Mumbai Indians will take on Royal Challengers Bangalore in the opening game of the Indian Premier League on April 9 at Chennai, the Board of Control for Cricket in India said March 7.

Ahmedabad, Bengaluru, Delhi, Mumbai and Kolkata are the other host cities. The final will be played at newly built Narendra Modi Stadium in Ahmedabad on May 30.

Last year the IPL was held in the United Arab Emirates due to the coronavirus pandemic with Mumbai Indians winning $2.7 million.

“After hosting the tournament safely and successfully in the UAE last year with all safety protocols in place, the BCCI is confident of hosting the IPL at home with health and safety of players and all people involved being paramount,” BCCI secretary Jay Shah said in a statement.

Each of the eight participating teams will play at four venues during the league stage ahead of the playoffs, which will all be held in Ahmedabad. Chennai, Mumbai, Kolkata and Bengaluru will host 10 matches while eight games will each be played at Delhi and Ahmedabad during the league stage, with no team playing at its home venue.

The league will start behind closed doors. Shah said a “call on allowing spectators will be taken at a later stage of the tournament.”

As many as 11 double-headers have been lined up during the 52-day event with the afternoon games beginning at 3:30 p.m. local time and evening games at 7:30 p.m.