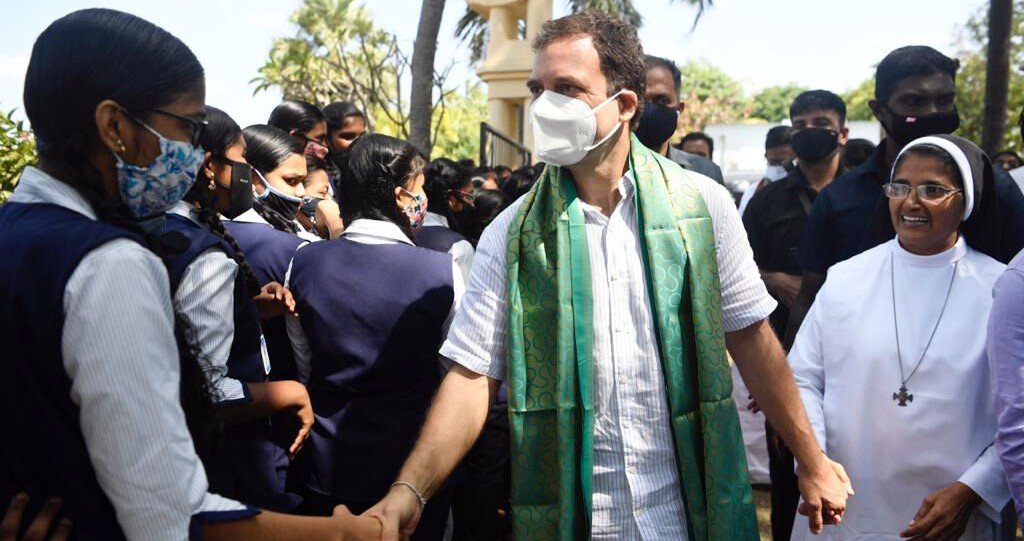 NEW DELHI – The Indian Youth Congress on March 8 passed a resolution to appoint Rahul Gandhi as the president of the Congress once again. The resolution was passed by the national executive of the IYC, which stated that the move would strengthen the party and energize the cadres across the country.

“Today in the national executive, IYC Jointly passes a resolution that Rahul Gandhi should be appointed as All India Congress Committee (AICC) president as per the constitution of Indian National Congress. This is not just the resolution but the voice of every Congress worker,” Youth Congress tweeted.

Noting that the Youth Congress stands firmly with its leader Rahul Gandhi, the resolution said: “We strongly believe that the organization will be strengthened under the leadership and guidance of Rahul ji and the appointment will energize party workers across the nation.”

The meeting of the national executive of the Youth Congress was inaugurated by Rahul Gandhi on March 8 morning.

Gandhi advised the Youth Congress national office bearers and state presidents to work for the organization with patience and fight the Rashtriya Swayamsevak Sangh (RSS) ideology without fear.

Congress has announced that the process of election of full-time president of the party will be completed by June, in place of Sonia Gandhi, who is currently the executive president of Congress.

So far, it is not clear whether Rahul Gandhi is ready to sit on the chair of the party president again.

He had resigned from the post of Congress president in May 2019, taking responsibility for the Lok Sabha election results. While resigning, he had advocated making a leader outside the Gandhi family as the president. However, after a few months in August, the CWC once again gave the command of the party to Sonia Gandhi as the executive president.

Following this, in a meeting of the Congress Working Committee (CWC), Sonia Gandhi offered her resignation after which CWC passed a proposal to continue with her. However, in the same meeting, there was an agreement on the election of the party president.