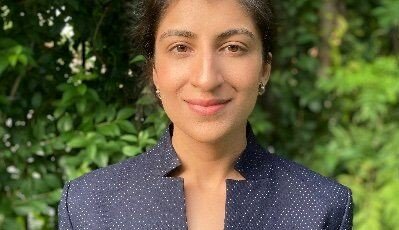 Various media outlets are reporting that President Joe Biden is expected to nominate Lina Khan, a Pakistani American antitrust scholar and critic of large tech companies, to a seat on the Federal Trade Commission.

Khan previously served as a legal advisor in the office of Indian American FTC Commissioner Rohit Chopra at the Federal Trade Commission and as legal director at the Open Markets Institute.

Khan is an associate professor of law at Columbia Law School, where she teaches and writes on antitrust law, infrastructure industries law, and the antimonopoly tradition.

She has focused on how the current antitrust regime is unequipped to capture the power of dominant digital platforms, according to her website.

Prior to joining Columbia, Khan served as counsel to the U.S. House Judiciary Committee’s Subcommittee on Antitrust, Commercial, and Administrative Law, where she led a congressional investigation into digital markets and the publication of its final report. The subcommittee investigated platforms such as Amazon, Apple, Facebook and Google and found evidence of monopolization and monopoly power.

It recommended restoring competition in the digital economy and strengthening antitrust laws, among others.

Her article, “The Separation of Platforms and Commerce,” won the 2019 Jerry S. Cohen Memorial Fund’s Best Antitrust Article on Remedies, and her co-authored article, “The Case for ‘Unfair Methods of Competition’ Rulemaking,” received the 2020 Antitrust Writing Award for “Best General Antitrust Academic Article.”

She has presented her work before the Department of Justice’s Antitrust Division, the Federal Trade Commission, the House Judiciary Committee, and the European Commission.

As one of five members of the FTC, Khan, reported the Wall Street Journal, would be in a “position to influence policies, rulemakings and enforcement actions at an agency with authority to administer antitrust and consumer-protection laws.”

She won’t be able to dictate decisions, given that she is likely to be one of three members of a Democratic majority, noted the publication.

Public Citizen, the advocacy group, said the Wall Street Journal called the expected nomination “a hopeful sign that the Biden administration intends to take a more aggressive approach,” pointing to her experience as a congressional staffer.

“Ms. Khan no doubt has a promising career ahead of her, but being less than four years out of law school, she lacks the experience necessary for such an important role as FTC Commissioner. Her views on antitrust enforcement are also wildly out of step with a prudent approach to the law,” he was quoted as saying by the Wall Street Journal.

Khan is a graduate of Williams College and Yale Law School, where was awarded the Reinhardt Fellowship for public interest law.

In related news, the Senate Committee on Banking, Housing, and Urban Affairs March 10 voted to advance the nomination of Rohit Chopra to serve at the next director of the Consumer Financial Protection Bureau, according to cuna.org.