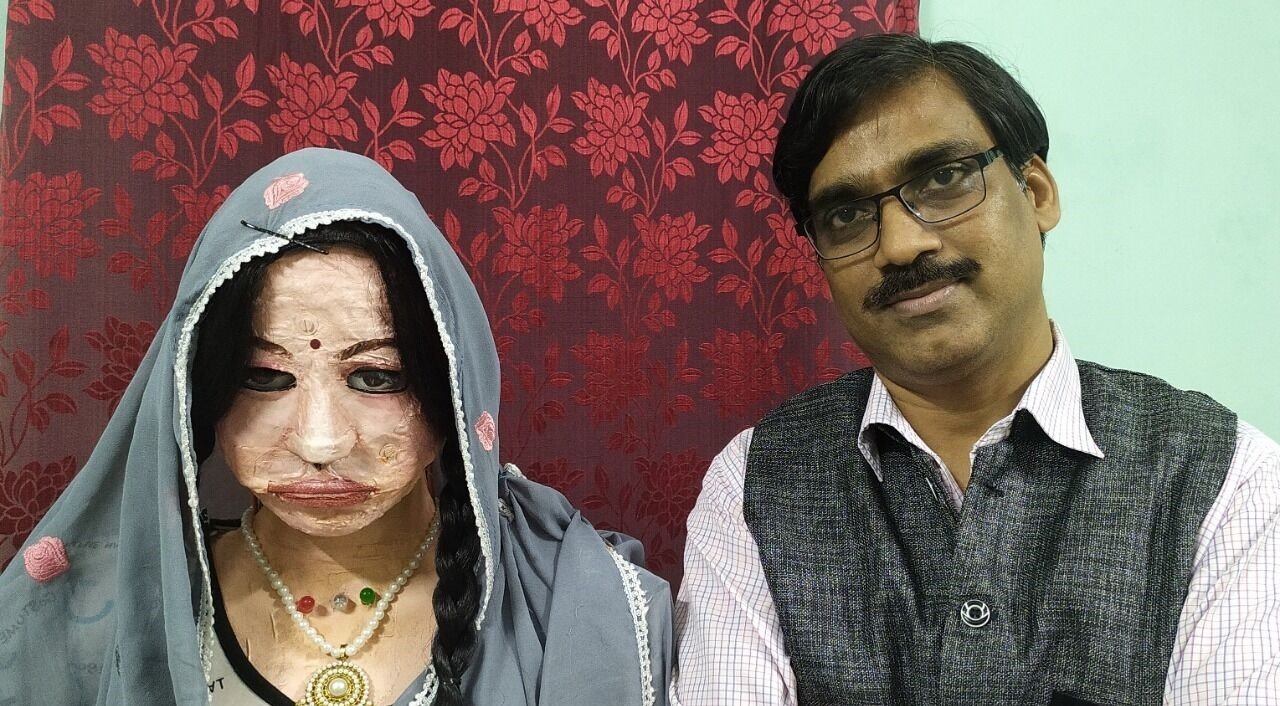 Dinesh Patel, a computer science teacher from Mumbai, poses with ‘Shalu,’ a humanoid robot that he has developed using plaster of Paris. (IANS photo)

LUCKNOW – Dinesh Patel, a resident of Rajmalpur village of Jaunpur district and a computer science teacher at Kendriya Vidyalaya at IIT Bombay, has developed a robot named ‘Shalu,’ which speaks nine local languages and 38 foreign languages.

Inspired by the Bollywood movie, “Robot,” Patel developed ‘Shalu,’ which is similar to ‘Sophia,’ a robot developed by Hanson Robotics of Hong Kong.

Patel told IANS, “Shalu has been developed using waste materials like plastic, cardboard, wood, aluminum etc. It took three years to develop it and the expenditure was around Rs. 50,000.”

He said this is a prototype and it can recognize someone, memorize things, answer questions related to general knowledge, math, etc. “Shalu can greet people, display emotions, read newspaper, recite recipes and perform many other activities. This can be used as a teacher in schools and as a receptionist in offices, too,” Patel added.

Patel said that as of now they have used plaster of Paris but can beautify the robot with the help of a mask.

Supratik Chakravarty, a professor in the computer science and engineering department of IIT Bombay, appreciated the robot.

In a letter to Patel, he said: “It is really a great development. Such a robot can be used in the field of education, entertainment and several other fields too. Shalu can be an inspiration for the next-gen scientists.”