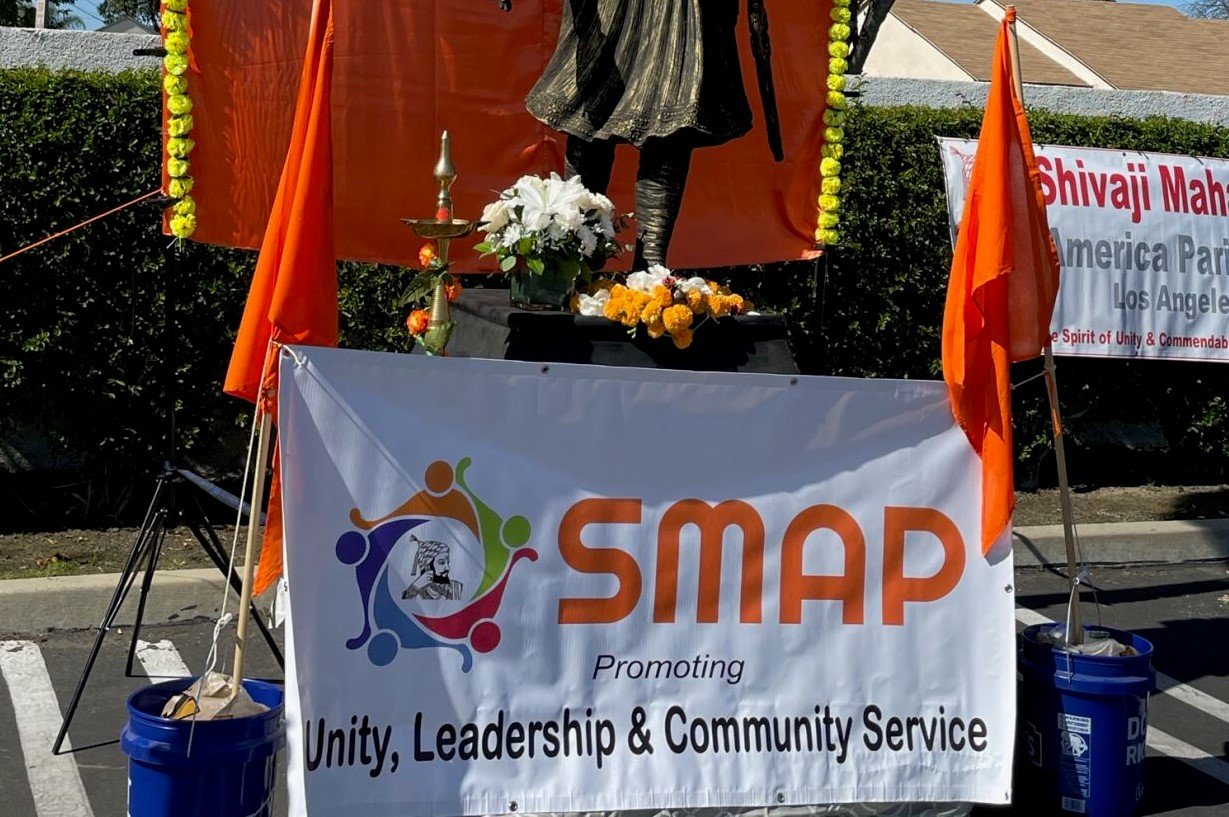 The memory of the great Maratha leader, Chhatrapati Shivaji Maharaj, and his legendary valor was kept alive with Indian American volunteers in Southern California decorating a statue and hosting an event in his honor. (photo provided)

Due to the Covid-19 restrictions, the event was a drive-through one, with everyone wearing masks and observing social distancing as per the CDC guidelines. In the midst of fluttering flags, the scent of flowers and joyous music, event organizers distributed boxes of sweets to attendees, along with quotes from Shivaji Maharaj and other leaders like Maharana Pratap, Maharaja Ranjit Singh, Chanakya and Rani Laxmibai. These leaders, the organizers said, still held the public imagination with their strength and valor.

While pointing out the leadership qualities of Shivaji including the reverence he extended toward women and religious tolerance, Indian American volunteers drew attention to issues making the headlines including the Me Too and Black Lives Matter movements, the “political election scandal,” “Capitol insurrection,” and the natural disaster in Texas, and questioned what it would have meant for the nation if the nation had been led by someone with his capabilities.

SMAP concluded that “a leader must feel the pain of the people,” the release said. The life of Shivaji teaches this important lesson to leaders of today, it noted.