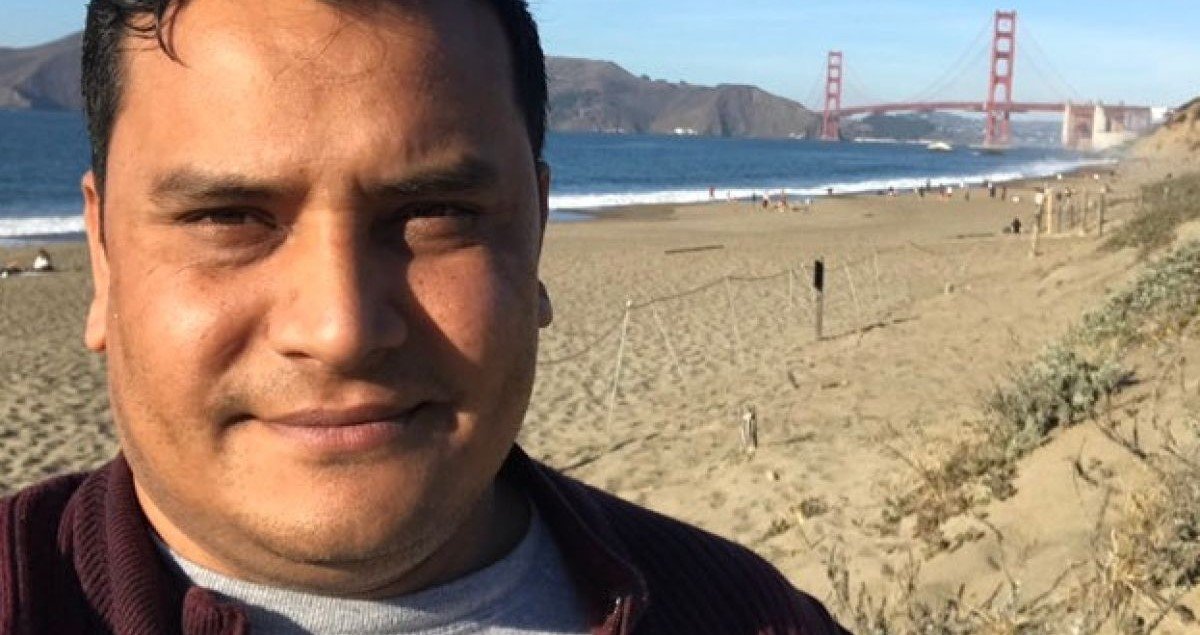 A Nepalese Uber driver in the San Francisco Bay Area was pepper sprayed after he ejected several Uber passengers who refused to wear masks.

Khadka told NBC News that he noticed one of the passengers didn’t have a mask on shortly after picking them up and asked if she’d put one on. Khadka says the passenger told him that she didn’t have a mask and asked if he had one. He said he told them he didn’t and said he’d have to stop the ride if they wouldn’t put on a mask, according to the report.

“They’re like, ‘How can you leave us on the side of the road?’ And I said, here’s the solution, let’s go to a gas station and get a mask before the destination,” Khadka, who has driven for Uber since August 2018, told the media outlet.

But in the time it took to get to the gas station, the passenger threatened him, saying she could call family members “to take care of me,” Khadka said.

Feeling intimidated, he said he asked the passengers to get out of the car. But they refused, prompting Khadka to turn on the dashcam in his car, according to the NBC News report.

After the passengers refused to leave, he decided to bring them back to their pickup location. While they were on the way, Khadka said they were arguing about the mask, the passengers weren’t wearing seatbelts, and one had opened a car door.

So he said he stopped the car again, and that’s when the confrontation began, the report added.

“Luckily, my camera worked … it recorded audio, it recorded a video of the whole scene,” Khadka continued of the experience. “And my point was you need to wear a mask. You need to close the door. I’m going to drop you off from my pickup point from where I picked you up.”

Khadka said in the report that one of the passengers also took out pepper spray and sprayed inside his car after he dropped them off.

“An altercation occurred and a second passenger reached over the driver’s seat (from the rear seat area) and stole the driver’s cellphone from his hands. The victim grabbed and eventually regained possession of his phone,” the police statement said, according to the report.

“The suspects exited the car and the third passenger reached into an open window and sprayed what is believed to be pepper spray into the vehicle and towards the driver,” the police statement continued.

Khadka said the situation made him feel alone.

“I could do nothing about it. I could not lay hands on them,” he said. “I could not verbally challenge them.”

“The behavior seen in the video is appalling,” Uber said in a statement, adding that they have been in touch with the driver since Mar. 7. “The rider no longer has access to Uber.”

Khadka told the outlet that he hopes that by sharing the video, justice will be served.

“The whole purpose of this video getting out was to get justice and let people know how we are being treated at work places and putting pressure on police’s investigators getting on it,” he said. “And it’s going in the right direction. And hopefully it gets solved.”

The Associated Press reported Mar. 11 that Malaysia King, 24, was arrested in Las Vegas on suspicion of assault with a caustic chemical, assault and battery and other charges. She was being held without bail. It wasn’t immediately clear whether she had an attorney to speak on her behalf.

Arna Kimiai, 24, who also was sought in connection with the Mar. 6 attack, indicated through legal counsel that she intended to turn herself in soon, a San Francisco Police Department statement said.

“The behavior captured on video in this incident showed a callous disregard for the safety and wellbeing of an essential service worker in the midst of a deadly pandemic,” Lt. Tracy McCray, who heads the Police Department’s Robbery Detail, said in the statement.

Khadka said he believes he was attacked because he is a South Asian immigrant. He came to the U.S. eight years ago and works hard to support his family in Nepal.

Uber said in a statement that it had banned all three riders. “Uber does not tolerate racism or hate in any form, against any community,” the statement said.