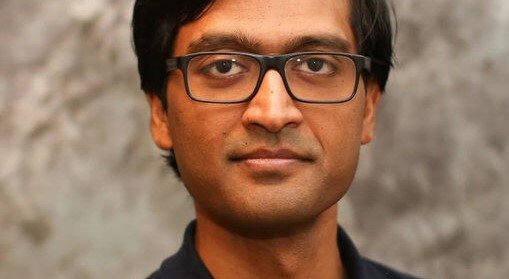 Abhishek Saha, professor of mechanical and aerospace engineering at UC San Diego, is a co-author of the research study on three-layered masks. (saha-lab.eng.ucsd.edu photo)

An Indian American-led research team at U.C. San Diego reports that if you are going to buy a face mask to protect yourself and others from COVID-19, make sure it’s a three-layered mask.

The Abhishek Saha-led team has now found an additional reason why three-layered masks are safer than single or double-layered alternatives, a UCSD release said.

While this advice was originally based on studies that showed three layers prevented small particles from passing through the mask pores, researchers have now shown that three-layered surgical masks are also most effective at stopping large droplets from a cough or sneeze from getting atomized into smaller droplets, the release said.

These large cough droplets can penetrate through the single- and double-layer masks and atomize to much smaller droplets, which is particularly crucial since these smaller droplets (often called aerosols) are able to linger in the air for longer periods of time. Researchers studied surgical masks with one, two and three layers to demonstrate this behavior, it added.

The researchers reported their results in Science Advances on March 5.

The team notes that single- and double-layer masks do provide protection in blocking some of the liquid volume of the original droplet and are significantly better than wearing no mask at all. They hope their findings on ideal mask pore size, material thickness, and layering could be used by manufacturers to produce the most effective masks designs, according to the release.

Using a droplet generator and a high-speed time-lapse camera, the team of engineers from U.C. San Diego, the Indian Institute of Science and the University of Toronto found that, counterintuitively, large respiratory droplets containing virus emulating particles actually get atomized when they hit a single-layer mask, and many of these VEPs pass through that layer.

Think of it like a water droplet breaking into smaller droplets as it’s being squeezed through a sieve. For a 620-micron droplet—the size of a large droplet from a cough or sneeze—a single-layer surgical mask only restricts about 30 percent of the droplet volume; a double-layer mask performs better, restricting about 91 percent of the droplet volume; while a three-layer mask has negligible, nearly zero droplet ejection, the release said.

“While it is expected that large solid particles in the 500–600-micron range should be stopped by a single-layer mask with average pore size of 30 micron, we are showing that this is not the case for liquid droplets,” said Saha, professor of mechanical and aerospace engineering at UC San Diego and a co-author of the paper.

“If these larger respiratory droplets have enough velocity, which happens for coughs or sneezes, when they land on a single-layer of this material it gets dispersed and squeezed through the smaller pores in the mask,” Saha added.

Droplet physics models have shown that while these large droplets are expected to fall to the ground very quickly due to gravity, these now smaller, 50-80 micron-sized droplets coming through the first and second layer of a mask will linger in the air, where they can spread to people at larger distances, according to the report.

The team of engineers— which also includes Professors Swetaprovo Chaudhuri from the University of Toronto, and Saptarshi Basu of the Indian Institute of Science— were well-versed in this type of experiment and analysis, though they were used to studying the aerodynamics and physics of droplets for applications including propulsion systems, combustion, or thermal sprays.

They turned their attention to respiratory droplet physics last year when the COVID-19 pandemic broke out, and since then, have been studying the transport of these respiratory droplets and their roles in transmission of Covid-19 type diseases, the release said.

“We do droplet impact experiments a lot in our labs,” said Saha. “For this study, a special generator was used to produce a relatively fast-moving droplet. The droplet was then allowed to land on a piece of mask material—that could be a single layer, double, or triple layer, depending on which we’re testing. Simultaneously, we use a high-speed camera to see what happens to the droplet.”

Using the droplet generator, they’re able to alter the size and speed of the droplet to see how that affects the flow of the particle, the release said.

Going forward, the team plans to investigate the role of different mask materials, as well as the effect of damp or wet masks, on particle attrition, according to the report.