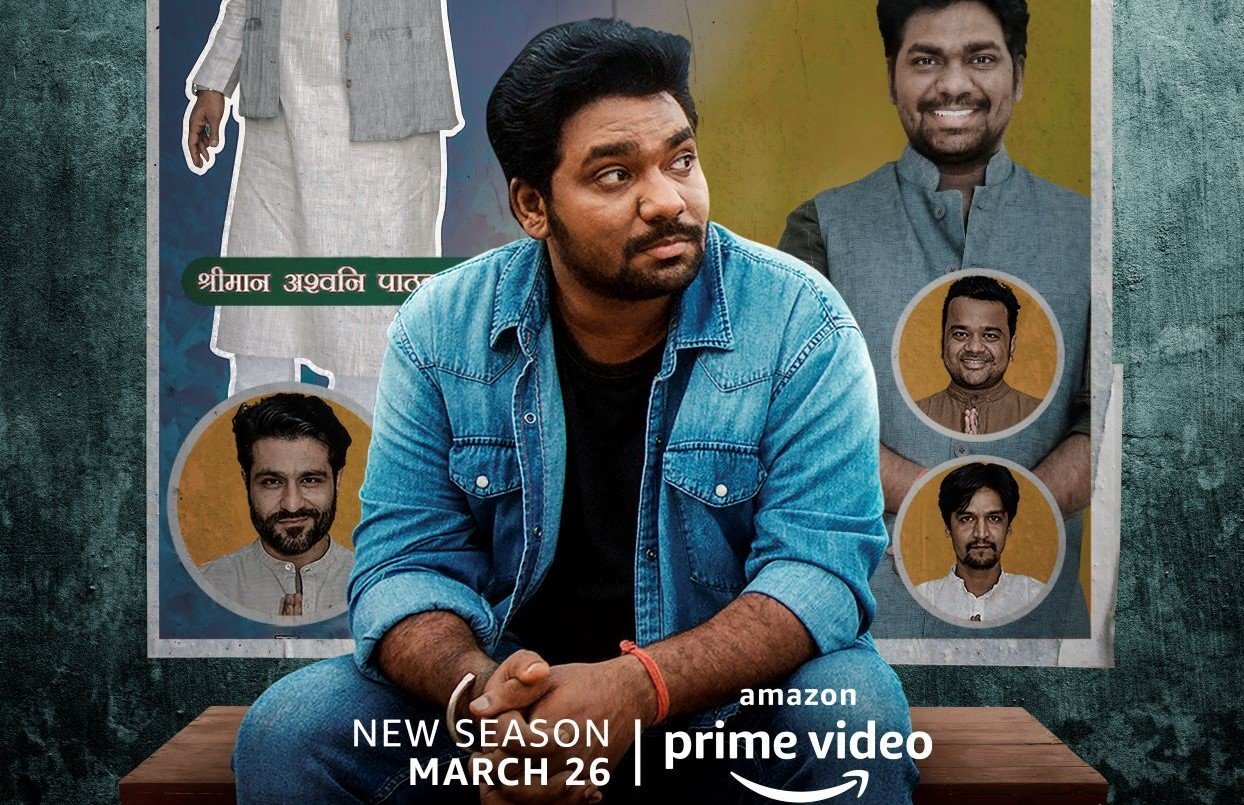 MUMBAI—After the resounding success of the first season, comedian Zakir Khan returns with the second season of the show “Chacha Vidhayak Hain Humare,” which will premiere exclusively on Amazon Prime Video from March 26.

“Chacha Vidhayak Hain Humare” is a fun comedy series based on Ronny Pathak (essayed by Zakir Khan), who leads a double life. To the world, he is the nephew of the local MLA (Vidhayak) and likes to think of himself as a youth leader, but in reality, he is a jobless 26-year-old.

The first season, which won the hearts of viewers, explored Ronny Bhaiya’s adventures as he gets stuck in multiple situations, because of this big lie. The season ended with the truth being revealed and Ronny coming face to face with the MLA. This time Ronny has his eyes set on a bigger career goal, but finds himself stuck in complicated situations like a new rivalry and an interesting love triangle. The new season promises to be an adventurous one, packed with more lies, more challenges, and more laughter.

Vijay Subramaniam, director and head, Content, Amazon Prime Video said, “At Amazon Prime Video, it is our endeavor to bring to our customers the best in comedy and serve them with the perfect dose of laughter. We have a long-standing partnership with OML and together we are committed to presenting some engaging and interesting comedy formats to our audiences.”

“Zakir is a very natural comedian and audiences love his sincere and distinct brand of humor. Viewers across the world have showered immense love on the first season of the show, and we couldn’t be more excited to embark on a Season 2 with Zakir and the entire cast of ‘Chacha Vidhayak Hain Humare.’”

Zakir Khan, creator and lead actor of the series, said, “This is a story that is very close to my heart. We received an overwhelming response to the first season followed by thousands of requests from fans to bring Ronny Bhaiya back to their screens. We have worked really hard to create the second season and are back with more of Ronny’s adventures and a lot more fun and laughter. I have enjoyed collaborating with Amazon Prime Video on titles like “Haq Se Single” and “Comicstaan” as well, and I am thankful to them for believing in my ideas and for giving me the platform to showcase my content.”