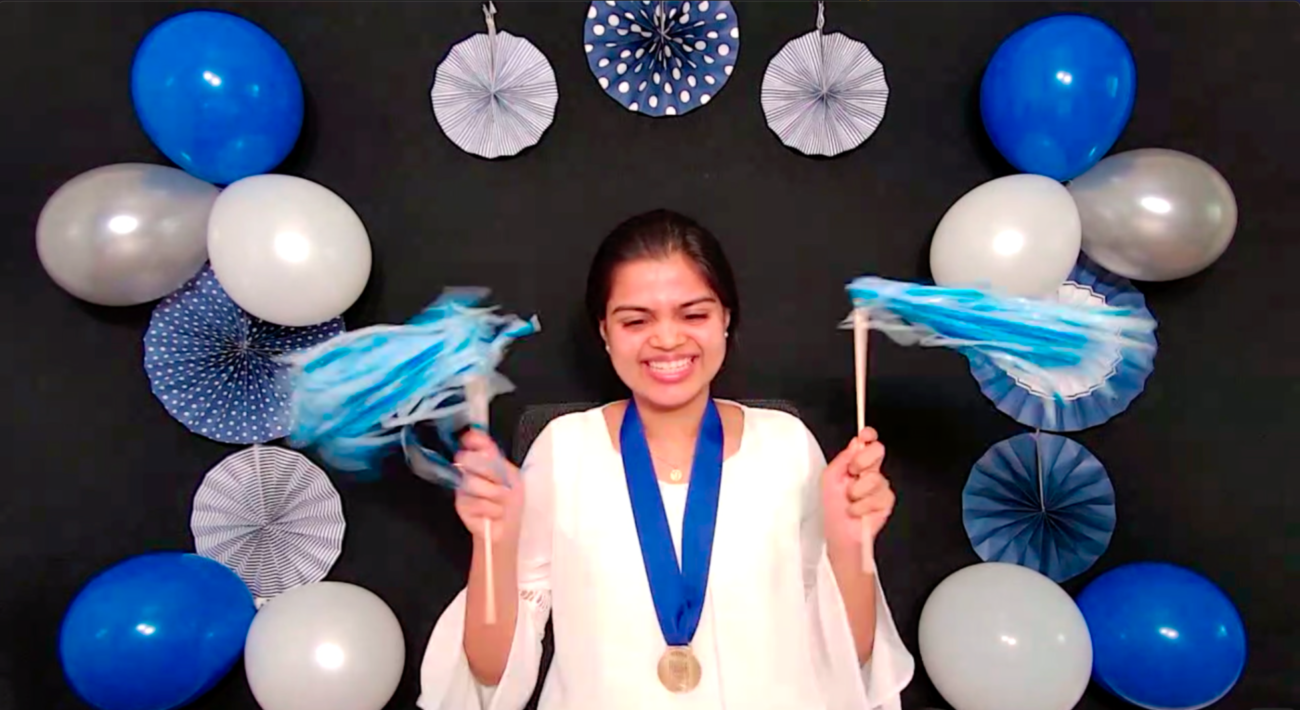 Jha, 17, of San Jose, California, took third place in the competition, winning $150,000 for her development of a biochar filtration system that removes microplastics, pharmaceuticals, pesticides and heavy metals (such as arsenic, cadmium, lead and mercury) from drinking water. Biochar has properties similar to charcoal but is much more sustainable and affordable because it can be made from biowastes.

Jha found that its effectiveness could be enhanced by increasing its surface area and carbon content and by adding certain chemical modifications to improve its ability to sequester contaminants. She estimates her filter would cost under a dollar per month, the joint news release said.

“Throughout the COVID-19 pandemic, students like Yunseo have shown incredible resilience and perseverance in the face of new obstacles, conducting rigorous research, while navigating an uncertain world. These young people are the stewards of our future and I could not be more inspired by their hard work and pure grit,” Ajmera added.

The Regeneron Science Talent Search provides a national stage for future leaders in STEM – bringing together the best and brightest young minds to present their original research ideas to leading scientists.

The competition celebrates the hard work, innovative thinking, leadership qualities and creativity of students who are bringing a fresh perspective to solving significant global challenges through rigorous research and cutting-edge discoveries, the release said.

Goel, who took fourth place, received a $100,000 award for math research that made connections between two subjects regarding randomness and probability, the release said.

Prior work by others had shown that a connection existed, but Gopal indicated that this connection is much more general in nature. He believes his work can be useful to researchers in the fields of nuclear physics, quantum field theory and meteorology, and hopes it will aid in the search for the true nature of quantum gravity, more commonly known as “the theory of everything,” it said.

Shah finished seventh, and received a $70,000 award for the development of a diagnostic tool that tracks eye movement to identify neurological disorders that he hopes can become a low-cost alternative to MRIs.

Shah’s tool tracks pupil movement and gaze with an infrared camera and uses software he wrote. The data is then analyzed using deep learning algorithms to identify abnormal eye reflexes. In clinical tests of patients with Parkinson’s, dementia, multiple sclerosis and ADHD, Shah found unique eye patterns associated with each condition, it said.

“Congratulations to this year’s winners of the Regeneron Science Talent Search. Your curiosity and passion for science – as well as your unique genius for it – has now been validated,” said Dr. George D. Yancopoulos, co-founder, president and chief scientific officer of Regeneron.

Each finalist not in the top 10 received $25,000. These students will join the ranks of other Science Talent Search alumni, many of whom have gone on to have world-changing careers in STEM fields, and some of whom have earned the most esteemed honors in science and math, including the Nobel Prize, National Medal of Science and MacArthur Foundation Fellowships.

In total, Regeneron awarded $3.1 million in prizes through the Regeneron Science Talent Search 2021, including $2,000 to each of the top scholars and their schools, the statement said.

Historically held in person in Washington, D.C., this is the second year in its 80-year history that the competition took place virtually to keep the finalists and their families safe during the ongoing pandemic.

Forty finalists were honored during a virtual winners’ award ceremony. More than $1.8 million was awarded to the finalists, who were evaluated based on their projects’ scientific rigor, their exceptional problem-solving abilities and their potential to become scientific leaders, the release said.