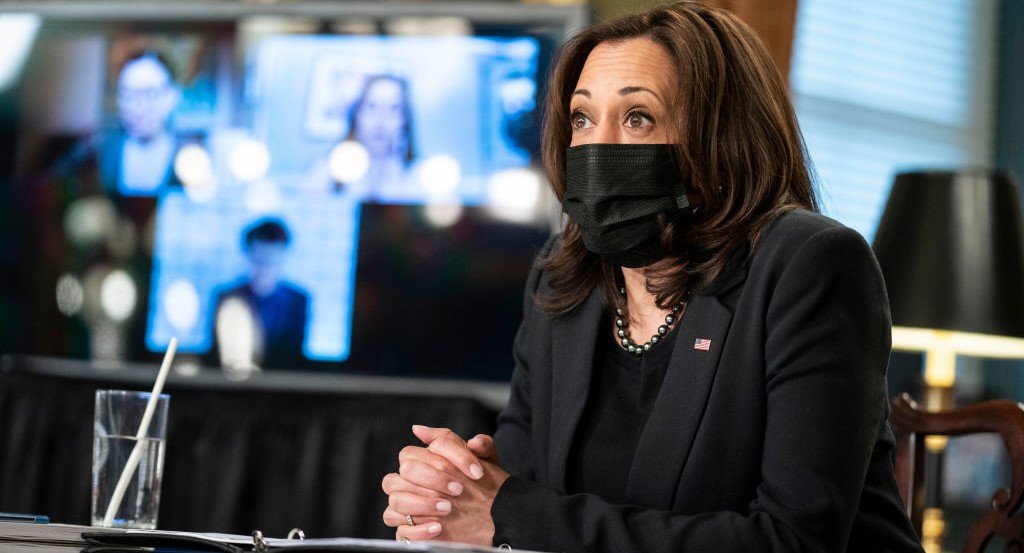 File photo of Indian American Vice President Kamala Harris leading a meeting with women leaders of the labor community to commemorate Women’s History Month and the passage of the American Rescue Plan in Harris’ ceremonial office in the Eisenhower Executive Office Building on March 18, 2021 in Washington, DC. (Sarah Silbiger/Getty Images)

WASHINGTON — District of Columbia police on March 17 arrested a man near the vice president’s residence on a weapons charge. Vice President Kamala Harris does not live at the home yet.

The man was seen on Massachusetts Avenue and was detained by Secret Service officers stationed near the residence following an intelligence bulletin from Texas, the Metropolitan Police Department said in a statement.

Harris and her husband have not moved in yet because of renovations to the home in Northwest D.C. near the U.S. Naval Observatory. She’s staying at Blair House, a guest home for the White House.

Metropolitan police said Paul Murray of San Antonio was held on charges that he carried a large-capacity ammunition-feeding device, a dangerous weapon, a rifle and unregistered ammunition.

No one was injured. The Secret Service referred questions to the Metropolitan Police.

It wasn’t clear if Murray had an attorney who could comment on the charges against him.