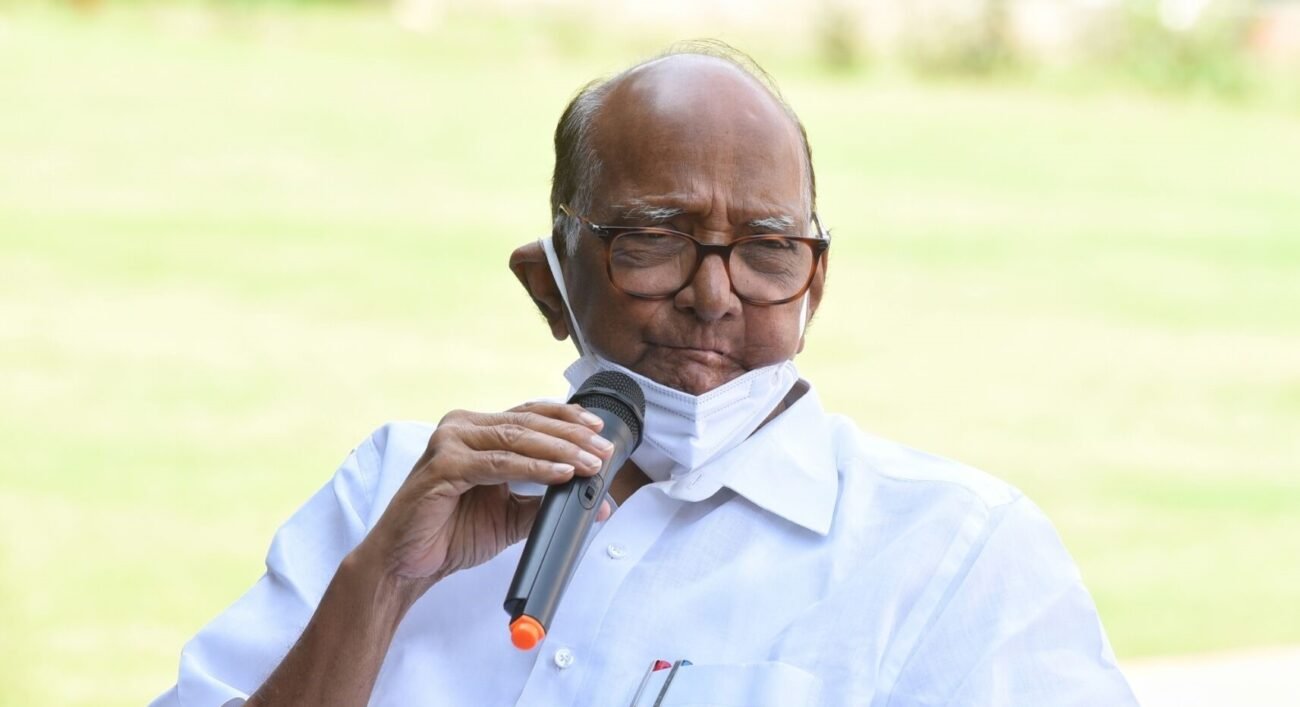 Sharad Pawar, president of the Nationalist Congress Party, addresses a press conference at his residence in New Delhi on March 21. (Wasim Sarvar/IANS photo)

NEW DELHI – The Nationalist Congress Party March 21 said that there is no question of party leader and Maharashtra Home Minister Anil Deshmukh’s resignation in the wake of the sensational allegations levelled against him by former Mumbai Police Commissioner Param Bir Singh.

After a marathon meeting at NCP supremo Sharad Pawar’s residence here, NCP’s Maharashtra unit president Jayant Patil said: “There is no question of Anil Deshmukh’s resignation. Maharashtra ATS and the NIA are investigating both Antilia bomb scare and Mansukh Hiren murder cases and everyone believes that the culprit will be punished soon.”

Earlier, addressing a press conference, Pawar said: “This is a really important and sensitive case. An in-depth enquiry should be conducted by an officer or an individual who enjoys utmost respect of the police administration and the public at large.”

He suggested that former Maharashtra police chief and former Mumbai Police Commissioner, Julio Francis Ribeiro should be assigned to probe the issue.

Former Mumbai Police chief Param Bir Singh has set off a major row on March 20 when he alleged that Deshmukh had asked suspended Assistant Police Inspector Sachin Vaze, who has been arrested in the SUV case and is in NIA custody, to collect Rs 100 crore from Mumbai’s restaurants, bars and hookah bars.

IANS adds from Mumbai: In a significant achievement, the Maharashtra Anti-Terrorism Squad March 21 claimed to have cracked the mysterious death of Thane businessman Mansukh Hiran with the arrest of a convicted former policeman and a cricket bookie.

The two were identified as Mumbai Police ex-cop Vinayak B. Shinde, 51, and cricket bookie Naresh R. Gor, 31, nabbed as part of the investigations into the death of Hiran.

The Thane-based SUV Scorpio belonging to Hiran – found dead in Thane Creek on March 5 – with 20 gelatin sticks and a threat note was parked and abandoned near Antilia, the home of industrialist Mukesh Ambani on Feb. 25, sparking off a nationwide furor.

The duo was produced before a Thane Court and remanded to ATS custody till March 30, said an official.

An ATS official said that bookie Gor had allegedly procured 5 mobile SIM cards for the use of Shinde and the other prime accused, arrested-suspended Assistant Police Inspector Sachin Vaze, currently in custody of the National Investigation Agency, for the twin crimes.

After the nabbing of the Shinde-Gor duo, the ATS is now probing the involvement of others, including the unidentified masterminds behind the two connected sensational crimes, which triggered a huge political tsunami in Maharashtra with the Maha Vikas Aghadi coming under fire from the opposition Bharatiya Janata Party.

The developments come close on the heels of the Center transferring the Hiran death case to the NIA – which is also probing the inter-linked SUV planting matter – followed by the former Mumbai Commissioner of Police Param Bir Singh’s ‘letter-bomb’, alleging that Vaze was directed by Home Minister Anil Deshmukh to collect Rs 100 crore, that hit the national headlines on Saturday evening.

While the Leader of the Opposition Devendra Fadnavis, Maha Navnirman Sena chief Raj Thackeray, Vanchit Bahujan Aghadi president Prakash Ambedkar and others went for Deshmukh’s scalp, state Congress spokesperson Sachin Sawant has warned the MVA “not to succumb” to the BJP’s pressures.