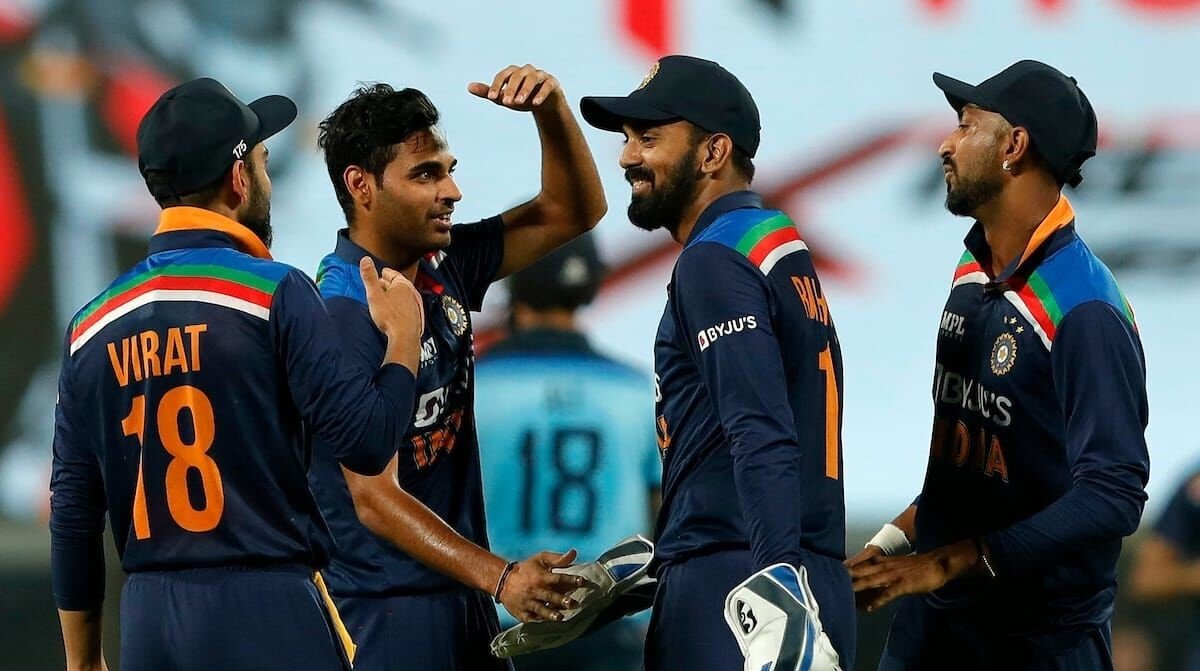 PUNE, India — Prasidh Krishna became the first India bowler to take four wickets on his one-day international debut as the hosts defeated England by 66 runs in the first game of the three-match series March 23.

England, chasing 318 to win, made an outstanding start when Jonny Bairstow and Jason Roy put on 135 for the first wicket from just 86 balls.

But India then showcased its fast-bowling strength in the absence of Jasprit Bumrah and Mohammad Shami. Krishna took 4-54 while Shardul Thakur picked up 3-37 and Bhuvneshwar Kumar claimed 2-30 as the tourists were bowled out for 251 in 42.1 overs, losing 10 wickets for 116 runs.

“One of our sweetest victories in the recent past,” said India skipper Virat Kohli. “We haven’t won many good games in ODIs. I am a really proud man right now, the team showed great character and intensity.”

A late onslaught by debutant Krunal Pandya (58 not out off 31 balls) had earlier propelled India to 317-5 after Shikhar Dhawan narrowly missed out on his 18th ODI hundred.

Dhawan, who made 98 off 106 balls, and Kohli shared a 105-run second-wicket stand before India lost four wickets for 36 runs.

Dhawan batted for three hours, hitting 11 fours and two sixes, but just when he looked set for a century he offered a tame catch while attempting a pull shot.

Kohli, who had earlier lost the toss, scored a sedate 56 while Lokesh Rahul returned to form with an unbeaten 62 as he put on 112 in 57 balls with Pandya.

England seemed to be in control with India on 205-5 after 40 overs but Pandya and Rahul cut loose with some powerful drives and pull shots.

Bairstow and Roy made a flying start to England’s reply before the latter again fell in the 40s when he was caught at backward point. Number three Ben Stokes, who had earlier taken 3-34, offered a tame catch in the covers when he was on one.

Captain Eoin Morgan (22), who needed four stitches on the webbing of his right hand after fielding, could have been out first ball but Kohli dropped him in the slips and missed a run-out chance after throwing at the stumps.

Bairstow smashed seven sixes and six fours in a swashbuckling 66-ball 94 before falling when he holed out at deep mid-wicket.

“The two openers were outstanding but we failed to build on that,” Morgan said. “We need to execute better than we did today. India did really well and deserved to win.”

The second game is at the same venue on March 26 followed by the third match March 28.