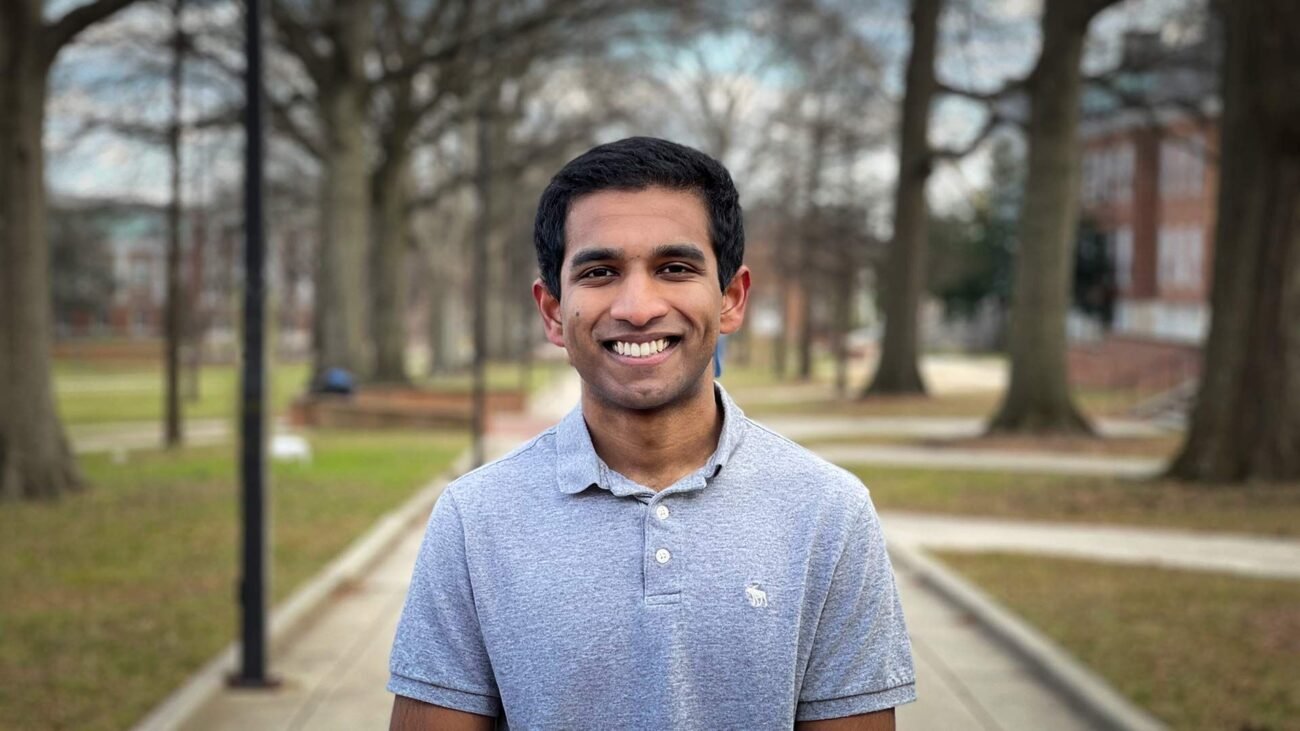 Indian American Pavan Ravindra of the University of Maryland at College Park was awarded with a Churchill Scholarship. (umd.edu photo courtesy of Pavan Ravindra)

Typically selecting 16 scholars, the foundation announced that, thanks to a combination of donations and investment performance, it added one new scholarship this year, making this the largest cohort in the scholarship program’s history.

The Churchill Scholarship is for one year of master’s study at Churchill College at the University of Cambridge. The awards cover full tuition, a stipend, travel costs, and the chance to apply for a $2,000 special research grant, a news release said.

Ravindra is a biochemistry and computer science student at the University of Maryland at College Park.

Ravindra—who was named both a Goldwater Scholar and a Merrill Presidential Scholar in 2020—will pursue a master of philosophy degree in chemistry after completing his dual degree at Maryland.

“Pavan has excelled in the classroom and in his independent research efforts, with two published papers and an algorithm that is already being used by other researchers in academia and industry,” said College of Computer, Mathematical, and Natural Sciences dean Amitabh Varshney in a university news release.

“The Churchill Scholarship will offer him unique opportunities to deepen his interests at the intersection of biochemistry and computer science,” Varshney added.

The Churchill Scholarship will allow Ravindra to join the ICE Group at the University of Cambridge, which focuses on computer simulations of catalytic and environmental interfaces, the university said.

“Cambridge has attracted researchers at the forefront of many different directions in theoretical and computational chemistry, and this scholarship gives me the chance to learn directly from these scientists,” Ravindra said in the release.

Ravindra, who is from Clarksville, Md., previously received a citation from the Integrated Life Sciences program in the Honors College and a Banneker/Key Scholarship, in addition to his other awards.

In 2018, when Ravindra joined the laboratory of Pratyush Tiwary, an assistant professor in the Department of Chemistry and Biochemistry and the Institute for Physical Science and Technology, he and biophysics graduate student Zachary Smith tried to find a way to describe proteins and chemical systems more generally, the university adds.

AMINO led to a first-author scientific paper for Ravindra, which was published in the journal Molecular Systems Design & Engineering in 2019, and a second-author paper that applied AMINO to complex biophysical problems, published in the Journal of Physical Chemistry in 2020, the release says.

In addition, the open-source code is already being used by other research groups and pharmaceutical companies to help improve their modeling and workflow of drug design, it continued.

“Along with graduate students in my lab, Pavan has continued working on challenging problems combining the frontiers of physical chemistry with artificial intelligence. This includes new method development, as well as applications to different ambitious and relevant problems, such as how molecules fundamental to life—proteins, DNA and RNA—adopt different shapes and forms,” Tiwary told the university.

“Predicting this flexibility is often the key to designing effective, nontoxic drugs for different diseases. Pavan’s methods are helping make it possible to predict this flexibility in an inexpensive, effective and insightful manner,” Tiwary adds.

Ravindra also worked at the National Institutes of Health’s National Institute of Neurological Disorders and Stroke with Jeffrey Smith. There, he developed a computational model of neurons in the pre-Bötzinger complex, an area responsible for regulating intrinsic breathing patterns in humans, the university said.

After his time in Cambridge, Ravindra plans to pursue a Ph.D. in chemistry with a focus on computational and physical chemistry.

This program was established at the request of Sir Winston Churchill as part of the founding of Churchill College, Cambridge. It fulfils his vision of deepening the US–UK partnership in order to advance science and technology on both sides of the Atlantic, ensuring our future prosperity and security.