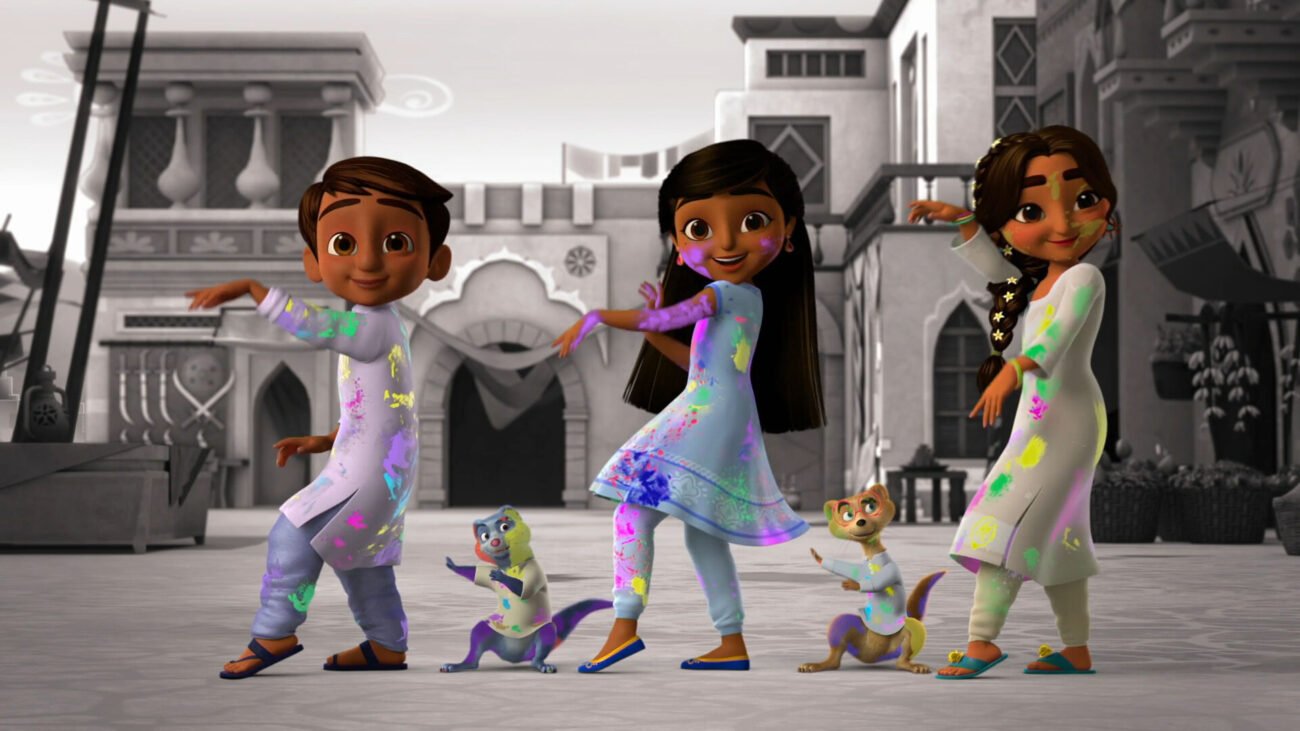 In the episode, Mira explains to Dimple how to celebrate Holi, the Festival of Colors.

In the episode, which was advised on by Shagorika Ghosh Perkins, the series’ Indian American cultural consultant/consulting producer, Mira must follow the colorful clues in order to save the town’s Holi Festival.

Inspired by the cultures and customs of India, “Mira, Royal Detective” follows the brave and resourceful Mira, a young girl who is appointed to the role of royal detective by the queen.

Here’s a link to a clip that features some glimpses and the beautiful “Let the Colors Fly” song from the episode: