Entrepreneur Jitendra Diganvker to Run for Highway Commissioner in Chicago 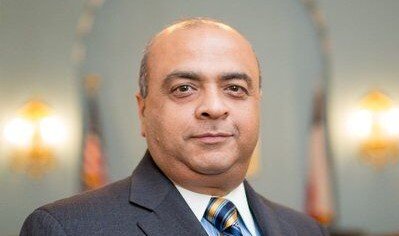 Entrepreneur Jitendra Diganvker to Run for Highway Commissioner in Chicago

Republican Jitendra Diganvker, who unsuccessfully ran for U.S. Congress in an attempt to unseat Rep. Raja Krishnamoorthi in Illinois’ 8th District, announced he is running for the post of Highway Commissioner in a Chicago suburb, according to multiple media outlets.

Diganvker is vice president of ZJetAir Strategy and Business Development, an entrepreneur and small businessman who says in his bio he works tirelessly to build a strong and sustainable community around the globe.

He strongly believes that the current development model needs a foundational change and has dedicated his life towards manifesting this thought process into visible and tangible results, his bio adds.

He has been in the travel industry for a decade and a half, representing major airlines, car rental businesses and business liaison services.

Early voting for the local elections began this week.

Diganvker said if he goes on to win, it will increase representation for the Indian American community.

The candidate graduated with a degree in business management, advanced accounting and statistics from Shah N.H. Commerce College.