HomeIndiaFire in Building With COVID-19 Hospital in India Kills 10

Fire in Building With COVID-19 Hospital in India Kills 10 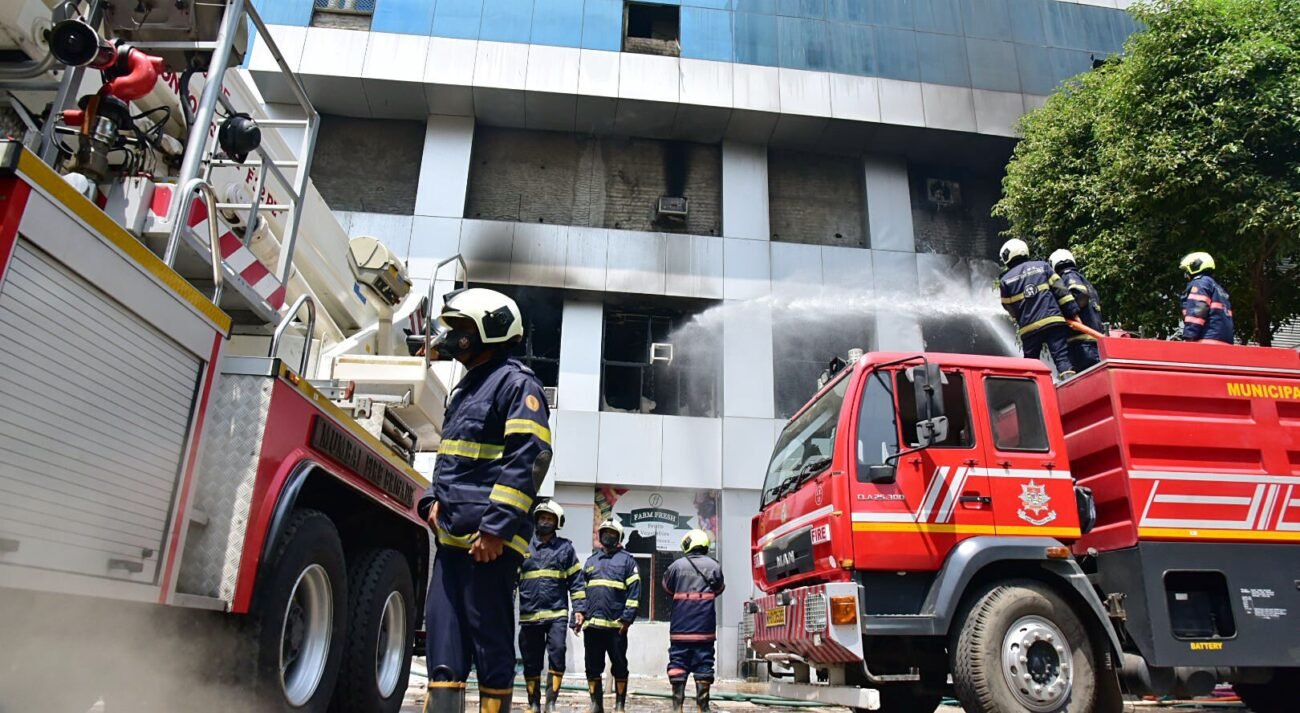 Fire in Building With COVID-19 Hospital in India Kills 10

Firefighting crews working to control the blaze, which broke out early March 26 in a Mumbai building that housed a private hospital treating coronavirus patients. (ANI photo)

NEW DELHI — A fire killed at least 10 people March 26 in a building that housed a private hospital treating coronavirus patients in India’s financial capital of Mumbai, a fire official said.

More than 70 patients were evacuated from the Sunrise Hospital to other hospitals in the city.

Firefighting crews were still working to control the blaze, which broke out early March 26, with 20 fire engines and ambulances at the scene, said an official at the fire services control room. The official spoke on condition of anonymity because he was not authorized to brief the media.

An investigation has been opened into the cause of the fire.

The official said it was not immediately clear how many of the dead were COVID-19 patients, as the bodies were being identified by relatives.

The blaze started on the ground floor of the building and smoke filled the hospital on an upper floor, said the Press Trust of India news agency, citing a hospital statement.

The fire comes amid an upsurge in coronavirus cases in Mumbai, the capital of Maharashtra state.

In August, a fire killed eight coronavirus patients at a hospital in Ahmedabad, a key city in Gujarat state.

Poor maintenance and lack of proper firefighting equipment often cause deaths in India.