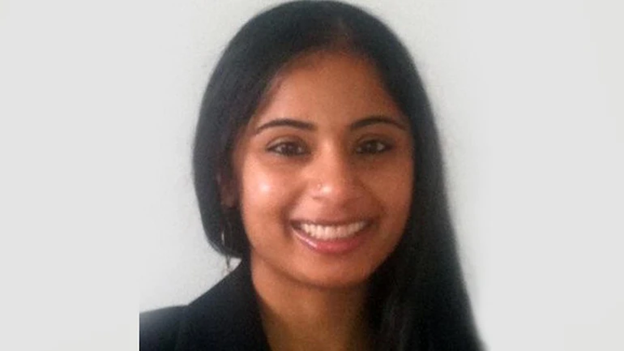 Rupa Ranga Puttagunta currently serves as an Administrative Judge for the D.C. Rental Housing Commission. She has been nominated to serve as Superior Court Judge for the District of Columbia. (LinkedIn photo)

Puttagunta was joined by 10 individuals who were nominated by Biden to serve as Federal Circuit and District Court judges, including Pakistani American Zahid N. Quraishi, the release said.

These highly-qualified candidates reflect the president’s deeply-held conviction that the federal bench should reflect the full diversity of the American people – both in background and in professional experience, the news release said.

This group of nominees comprise attorneys who have excelled in the legal field in a wide range of positions, including as renowned jurists, public defenders, prosecutors, in the private sector, in the military, and as public servants at all levels of government, it said.

Puttagunta currently serves as an Administrative Judge for the D.C. Rental Housing Commission. Prior to joining the Commission in 2019, Puttagunta was a solo practitioner from 2013 to 2019, representing indigent criminal defendants in trial and on appeal, her bio said.

Puttagunta received her J.D. from Ohio State Moritz College of Law in 2007 and her B.A. from Vassar College in 2002.

Quraishi was announced as the nominee for the United States District Court for the District of New Jersey.

He is a United States Magistrate Judge for the U.S. District Court for the District of New Jersey, a position he was appointed to in 2019. If confirmed by the Senate, he would be the first Muslim U.S. federal judge.

Prior to his appointment, Quraishi was a partner at Riker Danzig where he chaired the firm’s White Collar Criminal Defense and Investigations group and served as his firm’s first chief diversity officer, the bio said.

Before joining Riker Danzig, Quraishi served as an Assistant U.S. Attorney in the U.S. Attorney’s Office for the District of New Jersey from 2008 to 2013.

Prior to joining the U.S. Attorney’s office, Quraishi served as an assistant chief counsel at the U.S. Department of Homeland Security. He also served as a military prosecutor and achieved the rank of Captain in the U.S. Army Judge Advocate General’s Corps, deploying to Iraq in support of Operation Iraqi Freedom in 2004 and 2006, his bio adds.

Earlier in his career, Quraishi worked in private practice and clerked for Judge Edwin H. Stern, of the Superior Court of New Jersey, Appellate Division, from 2000 to 2001, it said.

Quraishi received his J.D. in 2000 from Rutgers Law School–Newark and his B.A. in 1997 from John Jay College of Criminal Justice.

“This trailblazing slate of nominees draws from the very best and brightest minds of the American legal profession,” Biden said in a statement.

The National Asian Pacific American Bar Association gave kudos to the president for the nominations.

“We applaud President Biden for nominating these well-qualified candidates and taking action to nominate a representative judiciary. These nominations are particularly meaningful to our community, especially in the wake of anti-Asian violence,” A.B. Cruz III, president of NAPABA, said in a statement.

Previously, Biden had removed a former President Trump nominee, Vijay Shankar, from a District of Columbia Court of Appeals post. Shankar needed Senate confirmation for his appointment, which he could not get with the Democrats getting control of it.