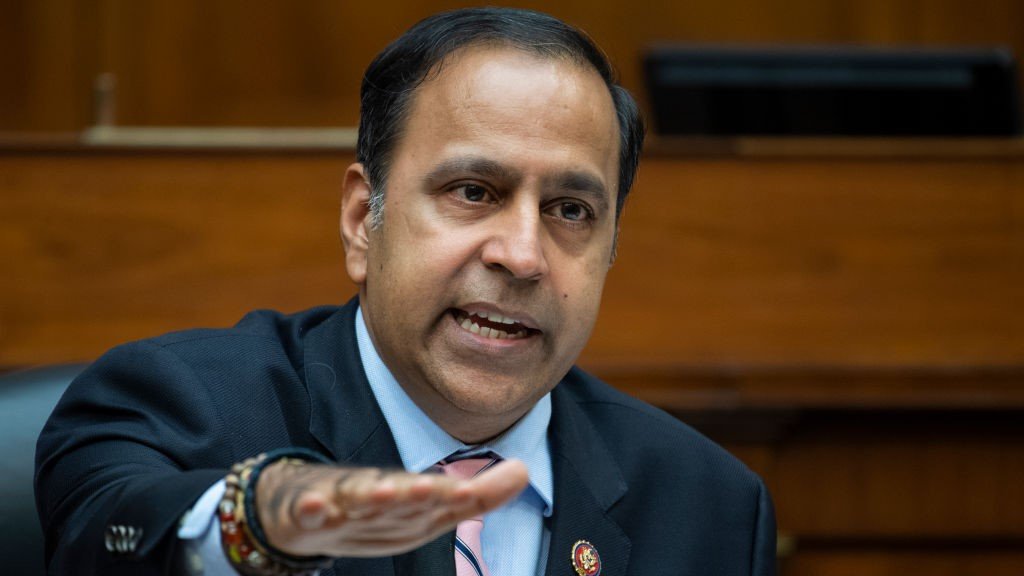 “Nurses and physicians’ assistants and everybody who comes in contact with Covid-19 patients have reported very high levels of stress,” said Krishnamoorthi at a March 12 Ethnic Media Services briefing, which unpacked the sweeping relief measure aiming to mitigate the economic fallout of the Covid-19 pandemic.

The Indian American congressman, whose wife, anesthesiologist Priya Krishnamoorthi, has been serving on the front lines, said there has been severe burnout and even suicides among health care workers amid the intensity of the pandemic. “The level of work, combined with the nature of work and the fact that they were so isolated and sometimes left without the equipment they need to protect themselves has been unbearable,” he said.

In May 2020, Krishnamoorthi introduced the Coronavirus Health Care Worker Wellness Act, a bill to establish mental health programs for COVID front-line health care workers. The bill was incorporated into the American Rescue Plan, which will provide $140 million to develop programs to support providers’ mental health, and decrease burnout of providers and public safety officers. The new stimulus law also provides $3 billion for substance abuse and prevention programs, among other mental health initiatives.

Krishnamoorthi called the stimulus package a game changer. “This package of measures will help our economy heal, and of course help America heal from the health care crisis,” he said, noting that the vast majority of Americans with incomes under $80,000 would receive a $1,400 stimulus check. Additionally, 11 million workers will have their unemployment insurance extended to Sept. 6. Expanded unemployment benefits were set to expire March 14.

New grant programs have been developed for small businesses, including digital newspapers, said Krishnamoorthi. In the first round of funding via the Paycheck Protection Program, larger entities, many backed by venture capital, gobbled up the majority of money. The program has since been modified to reach smaller businesses with less than 20 employees, and has expanded its oversight.

The American Rescue Plan also provides $81 billion to school districts to safely reopen classrooms. Another $50 billion has been allocated for housing assistance, including $27 billion for renters facing homelessness as statewide eviction moratoriums expire. The plan also provides $12 billion to food assistance programs: nearly 55 million people residing in the U.S. now regularly rely on food banks to feed their family amid the pandemic.

But, as with the two previous rounds of stimulus funding, the nation’s 11 million undocumented residents have been left out of the economic relief package. Even those who have paid into the unemployment insurance program via payroll deductions are ineligible to claim benefits. And they are also ineligible for the $1,400 stimulus checks.

One of the biggest components, which Krishnamoorthi said he spearheaded through the House Oversight and Reform Committee, is $350 billion in aid to state and local jurisdictions.

“I’ve been fighting for this aid for a whole year, and unfortunately my pleas with regard to this type of aid fell on deaf ears in the Trump Administration. Thankfully, Joe Biden has thought better of this issue and so I and others have made tremendous progress,” said Krishnamoorthi, who chairs the Oversight Subcommittee on Economic and Consumer Policy.

The congressman said state and local aid was an absolute necessity amid the pandemic, as sales tax revenues and other sources of tax revenues have dramatically declined. “State and local governments are faced with one of two options: either hike taxes or cut services, or potentially do both, but none of those options are acceptable during a pandemic.”

“Governments need additional revenue to fill a lot of gaps and we need to prevent taxpayers from having to see tax increases or cuts in services,” said Krishnamoorthi, adding: “Republican mayors are contacting me basically saying, ‘we need the revenue. We need a way to avoid laying off further police and firefighters and what you did in Washington was terrific, but can you do more?’”

“This is not a blue issue versus a red issue. This is an American issue,” said Krishnamoorthi, addressing the fact that the Senate passed the measure without a single Republican vote.

“I believe at the outset President Biden tried to get Republican support and input. However, there was no meaningful exchange of views,” said the congressman.

Other speakers at the March 12 EMS briefing included Chad Stone, chief economist at the Center for Budget and Policy Priorities, who spoke about unemployment amid the pandemic; Elaine Maag, principal research associate at the Urban Institute, who said that one of the groups that would most benefit from the new law are low-income children. Fourteen percent of American children live in poverty; the relief bill would cut that to 7 percent.

Sekou Siby, executive director of Restaurant Opportunities Center United, spoke about the need to raise the minimum wage, an initiative that was hotly debated but ultimately left out of the stimulus bill.