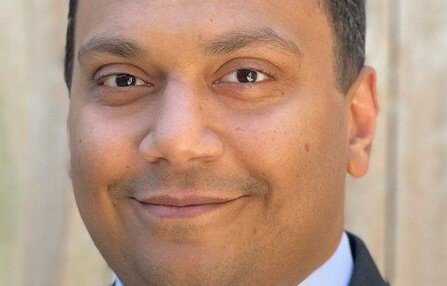 A quartet of Indian American engineers were named among the 14 individuals chosen by SME, the professional association committed to advancing manufacturing and developing a skilled workforce, as the 2021 Geoffrey Boothroyd Outstanding Young Manufacturing Engineers.

The 14 awardees were selected based on their diverse manufacturing backgrounds, technology advancements/improvements and state-of-the-art research. The 2021 award namesake, University of Massachusetts Professor Geoffrey Boothroyd and president of Boothroyd Dewhurst Inc., was selected for his early-career development of the widely used design for manufacture and assembly methodology, a news release said.

Kajaria is a design, innovation and manufacturing professional in the role of operations leader at Vault Pressure Control, previously part of Baker Hughes/GE Oil & Gas.

His work is focused on technology development for advancing efficiency in energy, oil and gas, production operations and operational productivity by reducing downtime.

Kajaria has commercialized several such strategic initiatives and pioneered new product development for mechanical systems in extreme operational conditions including corrosion, wear and friction as well as exposure to extreme temperature through advancing durability of mechanical systems, his bio said.

He led various projects that required building relationships with pioneers and technology developers across industries to address these challenges using new science and engineering approaches and techniques to advance the operational life and efficiency of these vital components, it said.

Kumar is currently a technologist R&D engineer at Applied Materials. He makes possible next-generation semiconductor nanomanufacturing, pushing the limits of materials engineering, enabling technologies for AI and the big-data economy, according to his bio.

Kumar enables sustainability by making manufacturing energy-efficient, cost-effective and reducing the impact on the environment. Responding to the COVID-19 pandemic, he initiated and led collaboration to manufacture face shields to protect frontline healthcare workers.

Previously, Kumar was an ITRI-Rosenfeld postdoctoral fellow at Lawrence Berkeley National Lab and the University of California Berkeley, supported by the Industrial Technology Research Institute where he developed additive manufacturing of electrodes for electrochemical water treatment, addressing clean water security, the bio adds.

Kumar’s doctorate research in diamond-wire sawing of silicon wafers for solar cells increased the reliability of renewable energy. He holds a doctorate (2018) and master’s degree (2014) from Georgia Tech, and a bachelor’s degree (2012) from Jadavpur University (India), all in mechanical engineering. Kumar was awarded a DAAD-WISE Fellowship by the German Academic Exchange Service and a JNCASR Fellowship at the Indian Institute of Science, it said.

Sagapuram is an assistant professor in the Wm Michael Barnes ’64 Department of Industrial and Systems Engineering at Texas A&M University. His research focuses on material removal and deformation-based processes, with special emphasis on materials and mechanics-related aspects that include large-strain plasticity, contact mechanics, friction and fracture, the bio notes.

Sagapuram received his bachelor’s and doctorate degrees from the Indian Institute of Technology Madras (2009) and Purdue University (2013), respectively. Prior to joining Texas A&M, he was also a postdoctoral research fellow in the Center for Materials Processing and Tribology at Purdue from 2013-15. He is an author/co-author of 25+ journal publications and three U.S. patents in areas of materials processing and manufacturing, it said.

Prior to joining Georgia Tech, Saha was a research engineer at the Lawrence Livermore National Laboratory. His current research interest lies in overcoming the scientific and technological barriers that prevent scaling up advanced manufacturing processes, especially for the generation of complex micro and nanoscale 3D structures, his bio said.

“Each of the young engineers from the U.S., Canada and Sweden have demonstrated their ability to design, develop and execute new, impactful technologies within each of their respective areas of interest, academic institutions, research labs and across a variety of industries,” Robert Willig, SME executive director and CEO, said in a statement.

“We’re looking forward to watching their careers continue to unfold and transform manufacturing as their role model and award namesake, Dr. Boothroyd, once did,” Willig added.

While membership in SME is not required for this recognition, each of the 2021 SME Geoffrey Boothroyd Outstanding Young Manufacturing Engineers are part of the SME community, having been members prior to their selection.

The 14 awardees, age 35 or younger, are being recognized for their exceptional contributions and accomplishments in manufacturing throughout the early stages of their careers, it said.