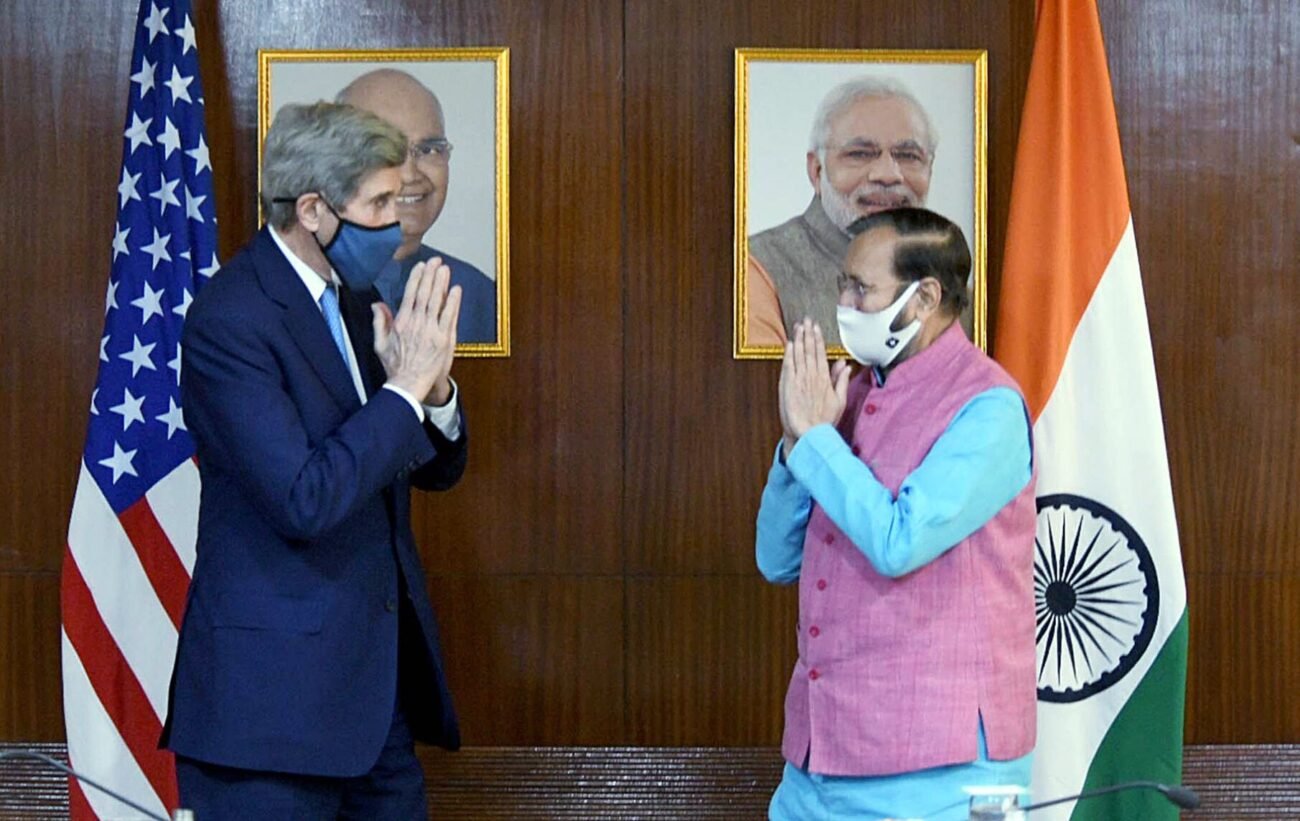 NEW DELHI – U.S. Special Presidential Envoy for Climate John Kerry on April 6 said that India’s global leadership has been critical across a range of issues, including delivering COVID-19 vaccines to the world.

“India’s global leadership has been critical across a range of issues, including delivering COVID-19 vaccines to the world. I’m particularly grateful that India is getting the job done on climate. You’re indisputably a world leader already in the deployment of renewable energy,” said Kerry, who is on a four-day visit to India.

“Your leadership of the International Solar Alliance promises to advance clean energy across India and other dynamic growing economies around the world.”

“Prime Minister Narendra Modi’s announcement of a target of 450 GW of renewables by 2030 sets a very strong example of power how to power a growing economy with clean energy,” he said.

During his visit, Kerry is scheduled to hold consultations on the upcoming ‘Climate Ambition Summit.’

“Recent International Energy Agency’s special report on India noted that you are on pace to become the global market leader in solar and storage by 2040. Thanks to your rapid scale-up, it is already cheaper to build solar energy in India than anywhere else in the world,” Kerry said. “Indian industry is already stepping up and demonstrating leadership. I was very pleased to hear that dozens of India’s biggest companies recently signed a declaration on climate change, pledging to go carbon neutral.”

Kerry further stated that the U.S. will always support India on its path to a sustainable future. “Not just benefits of decades of scientific and technical advancement, you also have the United States as your friend and partner. We’re here to support you through this path of sustainable future,” said Kerry.

“India is undergoing a remarkable transformation, lifting millions out of poverty. It’s a major player on the global stage. Decisive action by India in partnership with the rest of the world will determine what this transformation will mean for generations to come,” he added while saying that India, in particular, is a red-hot investment opportunity because of its clean energy transition.

“Had an engaging and fruitful discussion with Mr. @JohnKerry, Special Presidential Envoy for Climate. We discussed a range of issues including #ClimateFinance, joint research and collaboration etc.,” Javadekar tweeted.

The U.S. Embassy said in a statement: “As one of the world’s largest economies and a global leader in science and innovation, India is a critical part of the solution to the climate crisis. We see India as an important partner on future clean energy research, development, and deployment, not least because of their successful domestic agenda in this area. “