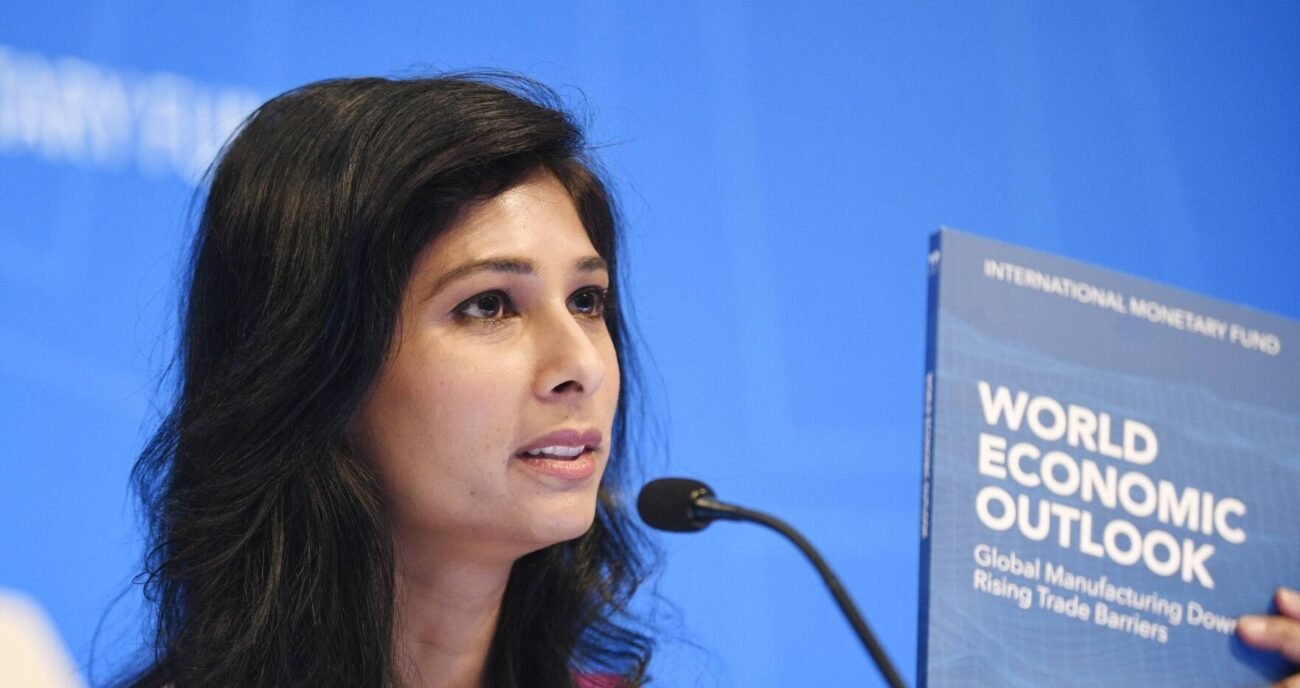 UNITED NATIONS – India’s economy is projected to grow at a historically high level of 12.5 percent this fiscal year, but the International Monetary Fund’s Indian American chief economist Gita Gopinath cautioned that the current wave of the pandemic “is quite concerning.”

The growth projection was raised on the basis of “evidence we were getting in the last couple of months in terms of the normalization of economic activity,” she said at the release of the World Economic Outlook report April 9 in Washington.

“These numbers precede the current wave of the virus, which is quite concerning,” she added.

With the unprecedented growth rate projection of 12.5 percent not seen in modern times, India also regains its status as the world’s fastest growing economy, according to the WEO.

Malhar Nabar, division chief in IMF’s research department, said, “The current forecast that we have already takes a fairly conservative view on the sequential growth for the Indian economy for this year.”

“But it’s true that with this very worrying uptick in (COVID-19) cases that poses very severe downside risks to the growth outlook for the economy,” he added.

Any elation over the historically high rate is, however, moderated by the fact of India’s negative growth rate of 8 percent during 2020-21.

The growth rate projection for 2021-22 is one percent higher than the 11.5 percent projection made by the IMF in January and 5.1 percent more than the 7.4 percent in April last year.

The IMF growth rate projection for India is nearly in line with the 12.6 percent from the Organization for Economic Cooperation and Development last month.

Gopinath struck a note of optimism for the world economy, which was projected by the IMF to grow by 6 percent this year, an increase of 0.5 percent from the January figure.

She wrote in a foreword to the WEO report, “Even with high uncertainty about the path of the pandemic, a way out of this health and economic crisis is increasingly visible.”

“Adaptation to pandemic life has enabled the global economy to do well despite subdued overall mobility, leading to a stronger-than-anticipated rebound, on average, across regions,” she added.

However, she also warned, “A high degree of uncertainty surrounds these projections, with many possible downside and upside risks. Much still depends on the race between the virus and vaccines. Greater progress with vaccinations can uplift the forecast, while new virus variants that evade vaccines can lead to a sharp downgrade.”

India’s projected growth rate is 4.1 percent higher than that of China, which ranks next with 8.4 percent.

But China was the only major economy to have a positive growth last year of 2.3 percent, while the rest of the world was in the red.

Advanced economies are projected to grow by 5.1 percent after a 4.7 percent dip last year.

Within that group, the U.S. is projected to be the best performer with a 6.4 percent growth next year after a 3.5 percent shrinkage last year. That is the highest growth for the U.S. since 1984 when it recorded 7.2 percent.