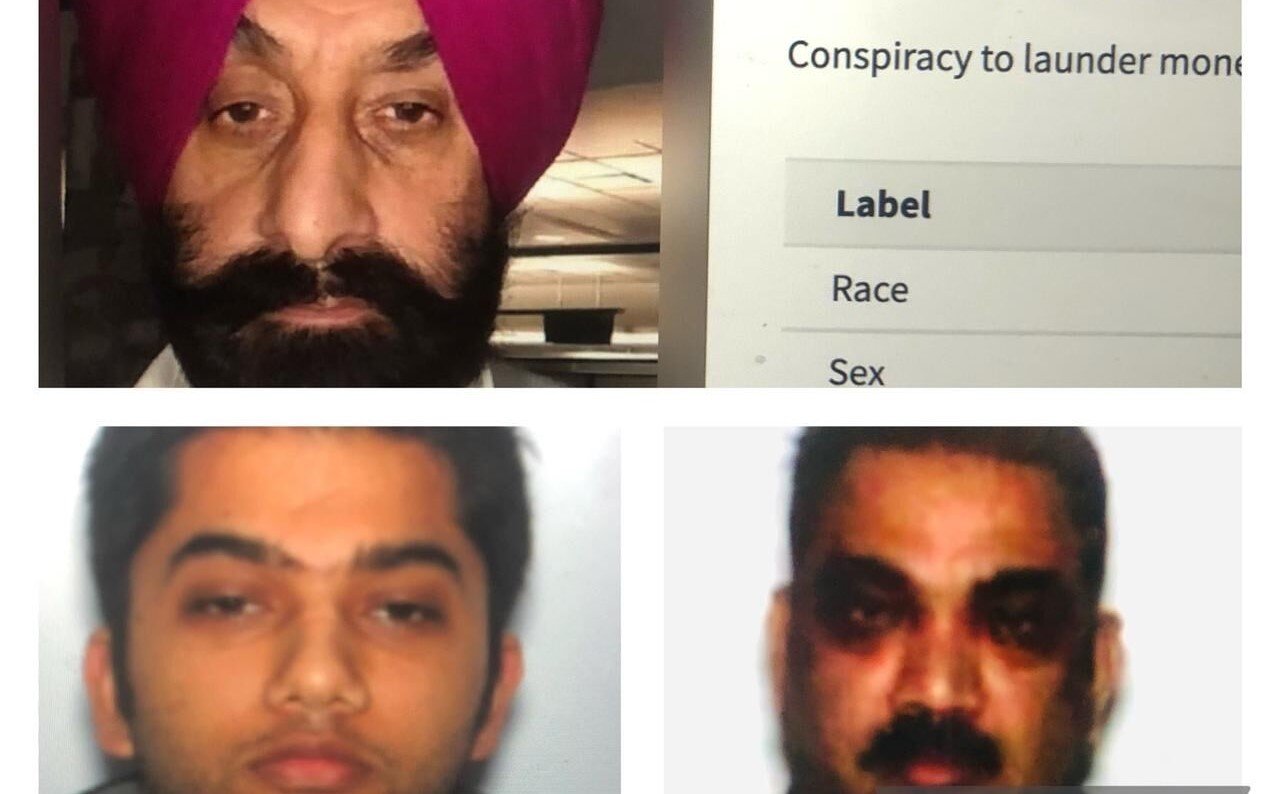 While Goswami is jailed in New York, three Indians, reportedly operating from British Columbia in Canada, figure on the list of the DEA’s most-wanted fugitives.

Top DEA sleuths are reportedly hunting for Bakshish Singh, a key money launderer linked with the dreaded Sinaloa drug cartel of Mexico. As per DEA reports, Bakshish was earlier working for international hawala ring leader Gurkaran Singh, a Canadian national of Indian origin. Gurkaran was arrested by the DEA a few years ago in Los Angeles, Calif., on charges of providing millions of dollars to the Sinaloa drug cartel. Sources in Indian agencies revealed that Bakshish Singh and his two aides, Balwant Rai Bhola and Sanjeev Bhola, could be hiding in Canada or Punjab.

The DEA’s wanted list also names Balwant and Sanjeev Bhola as members of the international hawala ring allegedly working at the behest of Mexican drug cartels. Along with Bakshish, both Sanjeev and Balwant are charged for “conspiracy to launder money.”

According to a DEA report, Bakshish Singh’s last known address was located in Surrey, a city in British Columbia. Several Indian-origin drug traffickers have been earlier operating from Surrey, which is a part of the metro Vancouver area and touches the U.S. border. Sources said that Bakshish might have escaped to India and could be living under fake identity.

Bakshish, born in the ‘70s, was not the only one from India to facilitate funds for the Sinaloa cartel. In 2018, two Indians, Manu Gupta and Mohammed Sadik, were arrested by the Directorate of Revenue Intelligence from Indore for supplying drugs to one Jorge Solis, member of the Sinaloa cartel. The DRI had recovered 10 kg of drugs from the possession of Solis and Gupta which were priced over Rs. 100 crore in the international market. Gupta was later found to be working for the Sinaloa drug cartel for the past several years.

Sinaloa is a sovereign state within Mexico facing the Gulf of California. The strategic location of Sinaloa and political patronization gives the drug cartel a safe haven to operate their international drug racket from this state.

The DEA earlier unearthed another big-time drug cartel involving Vicky Goswami, a former aide of underworld don Dawood Ibrahim. The DEA had also tipped Indian agencies about a pharmaceutical company allegedly operating from India, where drugs like mandrax and ephedrine were being manufactured. The pharma company having linkages with alleged drug traffickers was later sealed by the police.

The investigation report filed by the DEA in the U.S. District Court, Southern District of New York on July 25, 2019, had revealed the name of D-company aide Goswami and Ali Punjani, former husband of another Bollywood star Kim Sharma.

Goswami was extradited by the DEA from Kenya to face trial in New York.