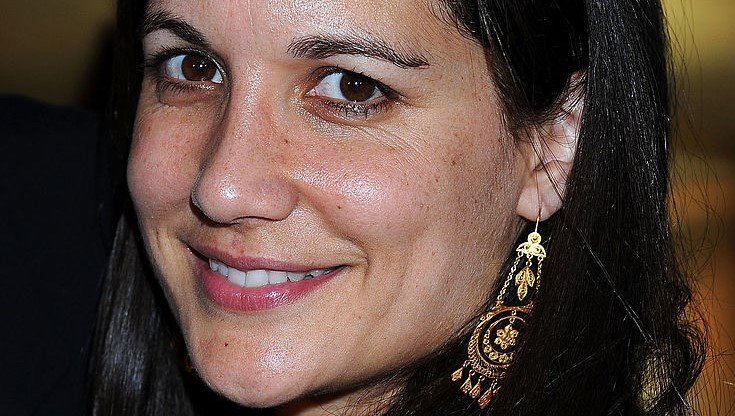 As a staff writer since 2018 on “The Resident,” Indian American writer/director Tianna Majumdar-Langham is among those responsible for creating the many intense and heart-warming moments on the Fox medical drama.

Majumdar-Langham, born to a Bengali mother and British father, has also served as the story editor, executive story editor, writer and co-producer on separate episodes on the show.

She spent her childhood in a small English village called Pirbright but traveled to India every year, according to lassiwithlavina.com. Later, the family moved to the United States where she attended high school and then studied political science and psychology at the University of Redlands in Southern California.

She later pursued a course in directing and editing from the Los Angeles Film School.

Her past credits include the feature, “Guns and Saris,” which was the winner of the Academy of Motion Picture Arts and Sciences’ 2011 Nicholl Fellowships in Screenwriting award. It was also among the honorees for the 2014 WGA Feature Access Project; and the short film, “The Kolaborator,” which won several awards, including the BAFTA/LA Student Film Award for Excellence and the best short film award at Emerging Filmmaker Showcase at Cannes in 2009.

However, she is not the only Indian American talent on the show. Apart from Manish Dayal, who stars on the show as Devon Pravesh, an idealistic young doctor, one of the driving forces behind the show is Roshan Sethi.

India-West had reported in 2017 that Sethi was attached to co-create and co-write the show. Sethi is a Harvard-trained physician and a radiation oncologist at Brigham and Women’s Hospital and the Dana Farber Cancer Institute.

He began screenwriting as a student at Harvard Medical School and co-created the Fox series while finishing residency at BWH and Massachusetts General Hospital.

The provocative medical drama follows a group of doctors at Chastain Memorial Hospital, as they face personal and professional challenges on a daily basis. The show rips back the curtain to reveal the truth of what really happens, both good and bad, in hospitals across the country, said Fox.

“The Resident” is not Sethi’s first stint as a writer. In the past, he was associated as a staff writer with CBS’ medical drama, “Code Black.”