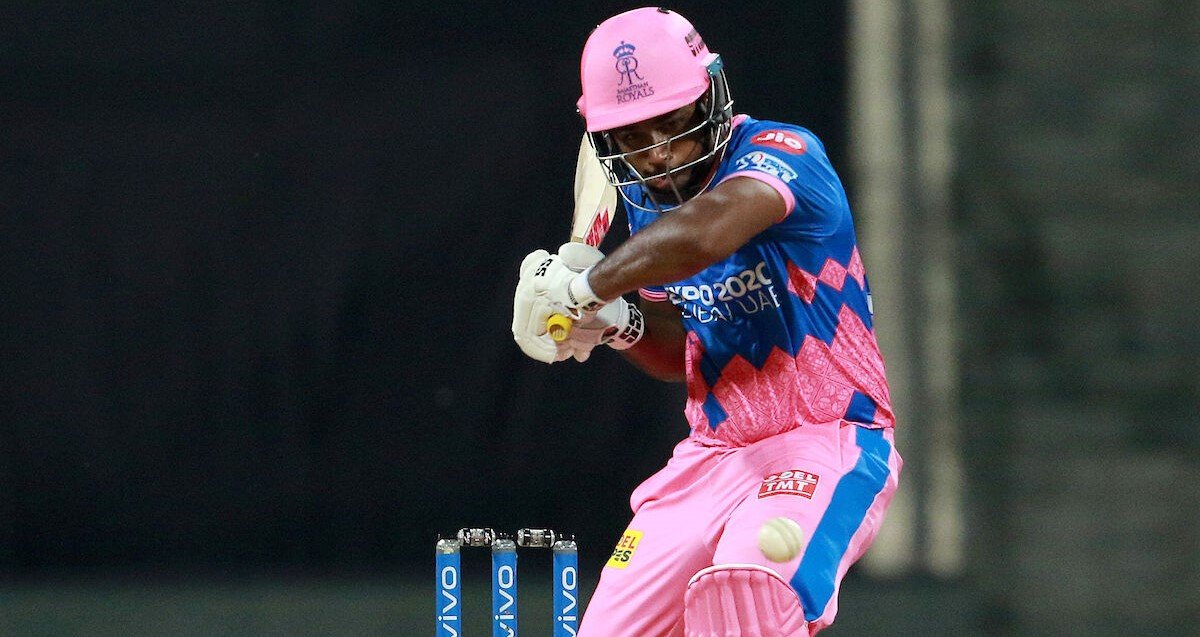 Needing five off the last two balls, Samson declined a single off the fifth ball to retain the strike before holing out in the deep off the final delivery after scoring a scintillating 119 off just 63 balls with 12 fours and seven sixes.

Punjab’s total of 221-6 never looked enough, especially after Samson twice got dropped before completing his half century and then successfully overturned an lbw decision against him soon after crossing the 50-run mark.

“The second part of my innings was my best IPL performance,” Samson said. “I really enjoy my shots … the sixes come out naturally, and in that process I tend to lose my wickets also.”

Needing 13 off left-arm fast bowler Arshdeep Singh’s last over, Samson brought down the target to five off two balls with a six. But Singh kept his cool to finish with impressive figures of 3-45 as Rajasthan ended up at 217-7.

“Heart rate was high but I didn’t stop believing, we knew a couple of wickets would bring us back,” Punjab skipper Lokesh Rahul, who earlier top-scored with 91, said.

“I had gone to Arshdeep for crucial overs last year too. He doesn’t mind bowling the pressure overs, he seems to enjoy it. He loves being in the contest. Love throwing him the ball. He’s pretty clear with what he wants to do.”

Earlier, after being put into bat, Rahul and Deepak Hooda (64) ensured Punjab setup a stiff target. Rajasthan’s multi-million dollar signing Chris Morris was smashed for 41 off four overs before getting Hooda and Nicholas Pooran in his last over.

Bangladesh’s left-arm fast bowler Mustafizur Rehman gave away 45 runs without getting a wicket as Samson rotated eight bowlers without much success.

Rahul and Hooda combined in a 105-run stand with the Punjab captain smashing seven fours and five sixes. Hooda hit six sixes and four boundaries in his quickfire knock off just 28 balls before falling in Morris’ return spell.

Rahul looked set for his deserved century but Chetan Sakariya had him caught on the edge of midwicket boundary in the last over as the young fast bowler impressed in a high-scoring game and finished with 3-31.