HomeSportsMumbai Pulls Off 10-Run Win Against Kolkata in IPL

Mumbai Pulls Off 10-Run Win Against Kolkata in IPL 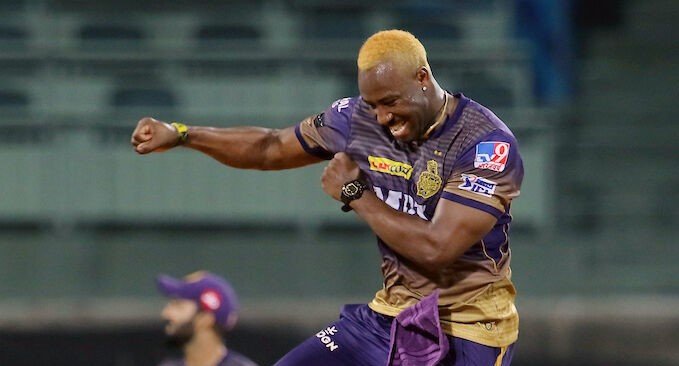 Mumbai Pulls Off 10-Run Win Against Kolkata in IPL

Kolkata was well placed at 122-4 at the end of 15th over to overhaul 153-run target before Mumbai roared back through its spinners and pace to restrict Kolkata at 142-7.

Left-arm spinner Krunal Pandya gave away only four runs off his last two overs before Trent Boult chipped in with two wickets off the final six balls which went for only four runs.

“It was a great fightback considering where the game was while they were batting,” Mumbai skipper Rohit Sharma said. “Anyone who came to bowl at different stages wanted to put their hands up and do something for the team. We can take a lot of confidence from this game.”

Earlier, after being sent in to bat, Andre Russell’s (5-15) maiden five-wicket haul in Twenty20 bowled out Mumbai for 152.

Suryakumar Yadav (56) and captain Sharma (43) added 76 runs for the second-wicket stand but Yadav’s dismissal in the 11th over saw Mumbai struggle for runs in the latter half of the innings.

Bangladesh’s seasoned spinner Shakib Al Hasan had Yadav’s 36-ball knock ended as the batsman skied a catch to long on after hitting seven fours and two sixes. Pat Cummins had Sharma cleaned bowled off a slower delivery in the 16th over before Russell picked up all his five wickets off a short two-over spell.

Russell picked up two wickets in his first over when he had Kieron Pollard caught behind off a thick outside edge and Marco Jansen was caught at deep cover.

The West Indies all-rounder then bowled an impressive last over and picked up the wickets of tailenders with short pitch deliveries as Mumbai fielders held onto their catches in the outfield.

Nitish Rana (57) and Shubman Gill (33) provided Kolkata a solid start of 72 runs off 53 balls before Chahar’s introduction in the ninth over gave Mumbai a sniff.

Chahar claimed four wickets in each of his four overs with Rana getting stumped after scoring his second successive half century off the leg-spinner’s final delivery.

Russell was twice let off the hook in his struggling knock of 9 off 15 balls before Boult sealed the game by having the West Indian all-rounder caught off his own bowling in the final over.

“A lot of the time we played good cricket, certainly the first half and a majority of the chase,” Kolkata captain Eoin Morgan said. “We made mistakes, hopefully we can iron them out.”

Mumbai, which lost its opening game against Royal Challengers Bangalore, have two points while Kolkata also has two points after beating Sunrisers Hyderabad in its first match.