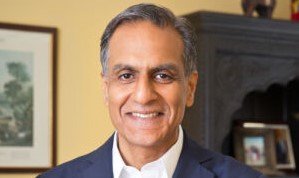 Mastercard April 15 announced that it has promoted Richard Verma to general counsel and head of global public policy.

Verma joined Mastercard in late 2020, bringing more than 25 years of international experience across senior levels of business, law, diplomacy and the military.

“In just a few short months, Rich has had a true impact on our engagement with policymakers and others across the globe,” Tim Murphy, the company’s general counsel who also April 15 received a promotion, becoming the chief administrative officer, said in a statement.

“We’ll look to continue to tap into his extensive experience in public policy, geopolitics, trade and international law, and strong relationships to support the global move to a digital economy,” Murphy added.

The former ambassador brings over 25 years of international experience across senior levels of business, law, diplomacy and the military, the company said in a statement at the time of his hire.

He joined Mastercard from The Asia Group, where he served as vice chair and partner. In addition, Verma was the assistant secretary of state for legislative affairs, where he led the department’s efforts on Capitol Hill, and was the former national security adviser to the Senate Majority Leader for many years.

Verma is a veteran of the U.S. Air Force, and a recipient of multiple awards and decorations, including the State Department’s Distinguished Service Award.

He is currently a Senior Fellow at Harvard University’s Belfer Center for Science and International Affairs and serves on several boards and commissions, including the National Endowment for Democracy and Lehigh University.