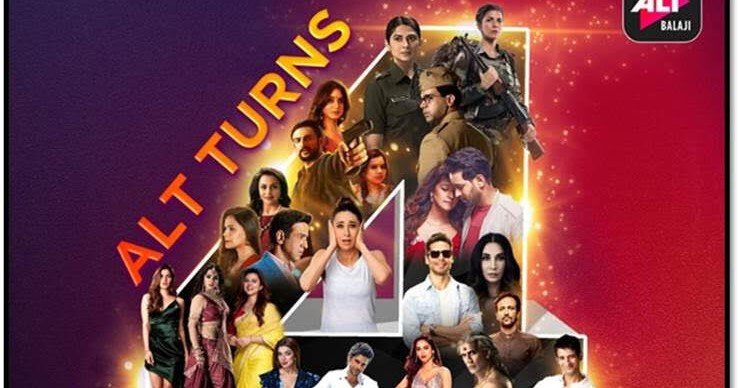 The OTT giant has taken the entertainment industry by storm every day all year round with its humongous, diverse and unconventional content bank. Almost every month, ALTBalaji adds new shows and new genres to its belt, and the platform has established a niche for itself in the originals space and played a vital role in inculcating an individual binge-watching habit among Indian audiences. With a library of 78+ original shows on the app, ALTBalaji has been catering to fans of all kinds of genres, making ALTBalaji the go-to place for entertainment.

After launching the highly-successful crime thriller “Apharan” in 2019, ALTBalaji launched a host of others in that genre like “Bicchoo Ka Khel,” “Mum Bhai” and “Dark 7 White,” and as far as ratings go, some of its popular shows like “Bicchoo Ka Khel” ranked among the top-10 highest-rated crime thrillers on IMDb with 8.9. “Mentalhood,” which marked the digital debut and comeback of Karisma Kapoor is rated 8.1 on IMDb.

On the back of a successful year, ALTBalaji witnessed and celebrated some industry firsts. ALTBalaji has been a pioneer in starting the trend of original soundtracks in the web-series space. The original soundtracks go beyond genres with beautiful melodies like “Galliyaan” by Asees Kaur from “Bebaakee” or “Bematlabh,” the title-track of “The Married Woman,” sung, penned and composed by Amrita Bagchi to Rap from Dopeadelicz in “Mum Bhai.”

The awards and recognition won are the biggest testaments to the stellar work ALTBalaji has consistently showcased throughout the year. From Ekta Kapoor, the content czarina, herself winning the White Page International Top Inspirational leaders of India to ALTBalaji winning the Digital company of the year at ET Now Business Awards and India’s Most Admired Brand 2020 at White Page International, the year has seen ALTBalaji add several feathers to its cap.

Commenting on the fourth anniversary, Kapoor shared, “Thank you India, for giving us this support and acceptance in this alternative digital storytelling space. Being an Indian home-grown OTT player with much more economical resources than our counterparts, we’ve come a long way, and that has only been possible because of the love that viewers across the globe have showered upon us. The journey has been fabulous for these four years, and we promise to keep entertaining and bringing new stories for the Indian audiences. I would like to mention it with pride that we have now become the one-stop destination for masses looking for interesting unique stories and shall continue to work harder towards keeping the love of our audience.”

Already on its way to add to this, ALTBalaji will continue to entertain its viewers by launching almost 25 to 30 shows this year including “Puncchbeat” season 2, “Broken But Beautiful 3,” “Mai Hero Boll Raha Hu,” “His Storyy,” and “The Test Case 2” to name a few.