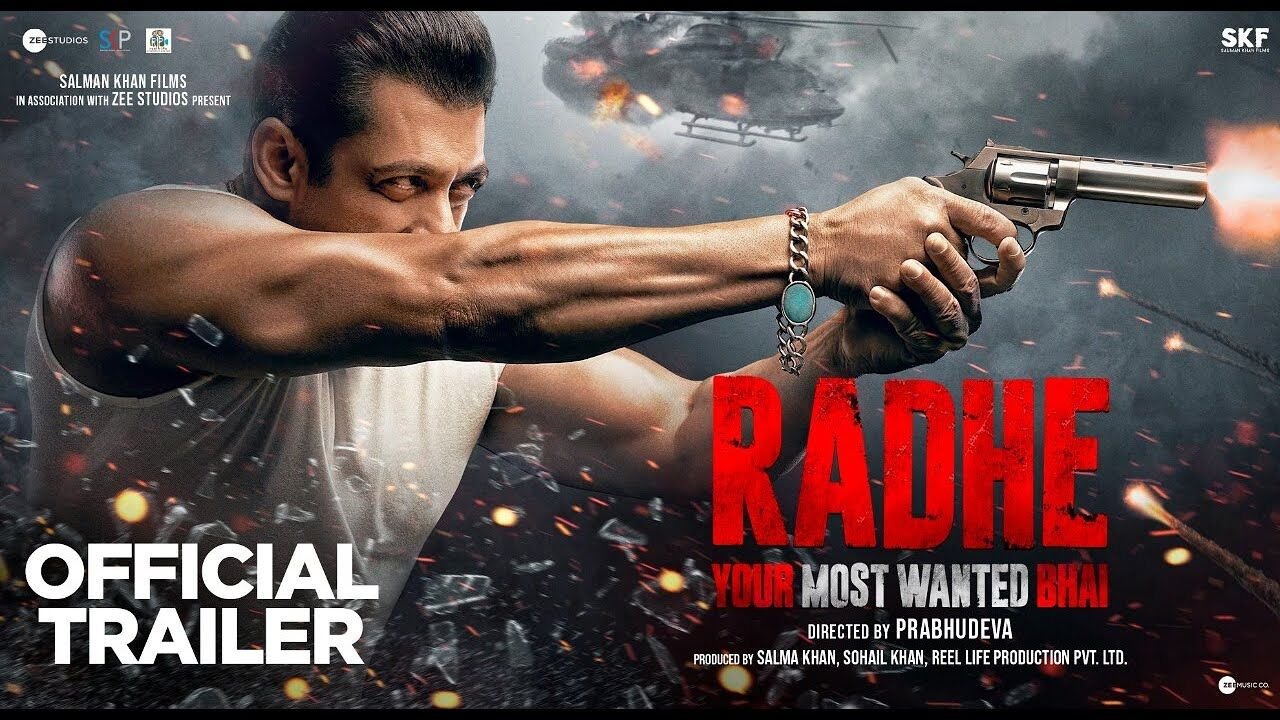 This Eid, there will be action, drama, music and dance with Salman Khan. Presenting the Official Trailer of The Action Entertainer of the year – Radhe: Your Most Wanted Bhai. Releasing simultaneously on multiple platforms worldwide on 13th May, 2021.

MUMBAI — The portal bollywoodhungama.com has revealed that Salman Khan may actually start a new business model with his next film, “Radhe: Your Most Wanted Bhai” that he plans to release this Eid, May 13.

It says, “The superstar, along with his studio partner, Zee, have decided to opt for a hybrid release model, meaning, the film will release in both theatres and the digital world on the same day, a strategy similar to Hollywood Studios. This can make a lot of producers opt for the same strategy in the days to come.”

Salman Khan and Zee Studios reportedly want to bring some positivity in this dull phase and want the audience to enjoy “Radhe” the way they are comfortable. Those who want to go to the cinema halls can watch it in theaters, and the ones who do not wish to do so, can enjoy the film on the small screen in comfort.

The digital release, however, will not be available for free. The makers have taken the pay-per-view route, whereby the audience will have to pay a certain amount to watch “Radhe” at home.