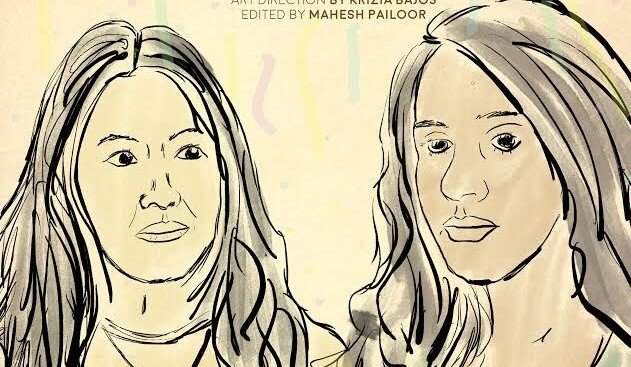 The poster for “The Shower,” written and produced by Indian American actor/filmmaker Pia Shah, who also stars in the film. (photo provided)

What happens when a young woman’s oldest friend shows up at her picture-perfect baby shower – organized by her new mommy friends – single and child-free? In a new short titled, “The Shower,” Indian American actor/filmmaker Pia Shah explores how the two worlds collide.

When the two meet, they are forced to reckon with the past. Maya, ambivalent towards impending motherhood, tries to straddle the area between her new “mom friends” and expectations from those who know her best.

“The Shower,” written, produced and starring Shah as Maya and Emily C. Chang as June, is directed by Indian American filmmaker Mahesh Pailoor.

The short film, which has been playing at several film festivals, will now screen at the upcoming Indian Film Festival of Los Angeles.

Refreshing in its commitment to examine the choice of pregnancy and motherhood in all their messy complexity, the film, said the festival, features nuanced performances by Shah and Chang who “wonderfully embody the vulnerability and ambivalence that color the world of two women who find themselves straddling a defining moment of transition.”

Shah shot for the film, which also stars Rupak Ginn, when she was eight months pregnant.

“It’s a story about friendship, choices, and the anxiety of modern parenthood,” Shah said.

After “The Shower” won the Jury Selection Best Short Film award at the South Asian Film Festival of America, Shah took to Instagram to express her gratitude.

“I wrote ‘The Shower’ because I had to. And I’m so lucky to have found all the collaborators who came together to make this special, personal movie,” Shah wrote on Instagram. “It has been so gratifying to hear even one person felt seen, understood or like they belong after seeing this film. We are all weirdos inside and thank goodness for that. Feeling so much gratitude for the jury members and the women behind this festival for creating a space to encourage, foster and showcase filmmakers who don’t fit the dominant paradigm. It means the world to us.”