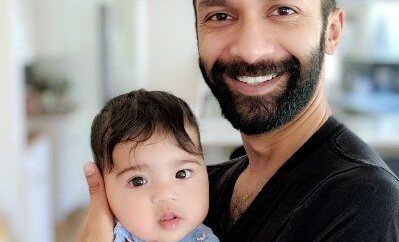 Exclusivity has always been an important element of a social setting. And now there’s an audio-based social media app, founded by Indian American entrepreneur Rohan Seth and Paul Davison, that works on the same principle and has prompted much chitter-chatter, both online and offline.

One can only join this platform – which is apparently a hit among Silicon Valley folks and Hollywood celebs – after securing an invite. However, the eventual goal is to open it to the general public.

The company describes the app as “a new type of social product based on voice (that) allows people everywhere to talk, tell stories, develop ideas, deepen friendships, and meet interesting new people around the world.”

Basically, when you open the app, you can see “rooms” full of people talking — all open so you can hop in and out, exploring different conversations. You enter each room as an audience member, but if you want to talk, you just raise your hand, and the speakers can choose to invite you up. Or you can create a room of your own.

With no camera on, you don’t have to worry about eye contact, what you’re wearing, or where you are.

“You can talk on Clubhouse while you’re folding laundry, breastfeeding, commuting, working on your couch in the basement, or going for a run. Instead of typing something and hitting send, you’re engaged in a back-and-forth dialogue with others,” the company said in a blog post. “The intonation, inflection and emotion conveyed through voice allow you to pick up on nuance and form uniquely human connections with others. You can still challenge each other and have tough conversations—but with voice there is often an ability to build more empathy. This is what drew us to the medium.”

The duo launched the iOS-exclusive app in 2020 and by May, it was valued at around $100 million despite having just 1,500 users at the time, according to CNBC.

And Bloomberg reported April 6 that the buzzy social network is in talks to raise funding from investors in a round valuing the business at about $4 billion.

The company says that it’s not intended to be exclusive; they just aren’t ready to ship the general release version yet for two reasons: it wants to grow communities slowly; and it wants to build the features that will allow them to handle more people.

“We are building Clubhouse for everyone and working to make it available to the world as quickly as possible,” the app’s site reads.

You can sign up for the waitlist on www.joinclubhouse.com.

The not-for-profit open-source platform is named after his two-and-a-half-year-old daughter Lydia, who started having seizures from birth. She was born with a mutation in a critical gene that controls her brain function, resulting in severe physical and mental impairments.

“She is likely to be severely physically disabled, and mentally not progress beyond a few months of age. We are devastated but we now understand that we can still change her trajectory. Lydia’s diagnosis was very early; her brain is still plastic,” Seth shares on the website, adding that he knows Lydia is not alone.

“There are millions affected by one-off genetic mutations. People call them rare, and move on, but these are not rare,” he wrote. “This a classic long-tail problem — each mutation can occur in one of 6 billion characters of code in your DNA. There is a technology called Antisense Oligonucleotides (ASO) that is extremely effective at silencing these mutations at the source, but we need a platform driven approach to personalize a drug for each patient.”

Seth shared that they have started work on a personalized ASO for Lydia and set up Lydian Accelerator to help accelerate this platform for others. The website features a detailed look at their approach which, he says, could be a potential guide for other parents.

“Our journey has not been easy, but we are scientific, entrepreneurial, hard-working and ambitious. Over the past year, we have translated foreign medical records to find a diagnosis, self-compounded drugs at home, dived deep into the research to identify a cure and put together a phenomenal team of scientists to rapidly execute on it,” he noted.