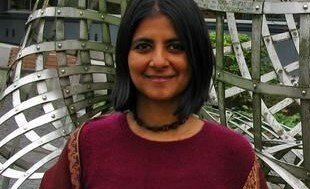 Kavita Ramanan of Brown University was one of several Indian Americans elected as members of the American Academy of Arts & Sciences for 2021. (Wikimedia.org photo)

The American Academy of Arts & Sciences April 22 announced its 2021 group of new members, with several Indian Americans chosen in various categories among the 252 new additions.

The Academy was established in 1780 by the country’s founders to provide guidance to a young nation that would face challenges and need expertise and excellence to emerge stronger. While the founders did not anticipate a year with a historic pandemic, overdue racial reckoning, and political strife, the purpose of electing new members is more compelling than ever, according to a press release.

The 2021 election provides an opportunity to recognize extraordinary people who help solve the world’s most urgent challenges, create meaning through art, and contribute to the common good from every field, discipline, and profession, it noted.

“We are honoring the excellence of these individuals, celebrating what they have achieved so far, and imagining what they will continue to accomplish,” said David Oxtoby, president of the American Academy, in the press statement.

“The past year has been replete with evidence of how things can get worse; this is an opportunity to illuminate the importance of art, ideas, knowledge, and leadership that can make a better world,” Oxtoby said.

New members are grouped in 30 sections, as part of five classes – mathematical and physical sciences; biological science; social and behavioral sciences; humanities and arts; and leadership, policy and communications.

Members from the social and behavioral sciences class include Anup Malani of the University of Chicago Law School in the law section; and Sharada Srinivasan of the National Institute of Advanced Studies in the anthropology and archaeology section.

Among the humanities and arts members were Richard G. Salomon of the University of Washington in the religious studies section; and Gayatri Chakravorty Spivak of Columbia University in the literature and language studies section.

And in the leadership, policy and communications class, members included Kumble R. Subbaswamy of the University of Massachusetts at Amherst in the educational and academic leadership section; and Rajiv J. Shah of the Rockefeller Foundation in the public affairs and public policy section.

The Academy was founded by John Adams, John Hancock and others who believed the new republic should honor exceptionally accomplished individuals and engage them in advancing the public good.

The Academy’s dual mission remains essentially the same today with members from increasingly diverse fields working together to share ideas and recommendations in the arts, democracy, education, global affairs and science.