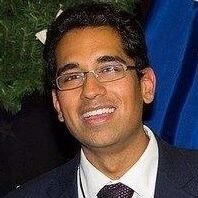 President Joe Biden announced the nomination of Rajesh Nayak for assistant secretary for policy in the Department of Labor. (LinkedIn photo)

Nayak was named as the nominee for assistant secretary for policy in the Department of Labor, the White House said in a news release.

Nayak is currently serving as a senior adviser at the United States Department of Labor. He previously spent seven years at the labor department in the Obama-Biden administration, serving in a range of senior roles including senior counsel and deputy assistant secretary for policy.

Later, as deputy chief of staff, Nayak advised the secretary of labor on the department’s workforce development, worker protection and counter-trafficking programs, and led the department’s employee engagement efforts, his bio said.

After his time in the Obama-Biden administration, Nayak’s work included two-plus years as the deputy executive director of the National Employment Law Project, where he helped to lead the organization’s restructuring and managed its senior leadership.

Most recently, he has also been a Fellow at the Labor & Worklife Program at Harvard Law School and a consultant, the bio adds.

Prior to his government service, Nayak worked as an attorney at NELP, the Brennan Center for Justice at NYU School of Law, and the Shriver Center in Chicago.

He earned an undergraduate degree in public policy from the University of Chicago and a law degree from Yale. Nayak grew up in south central Illinois and now lives in Silver Spring, Maryland, with his wife, daughter and son.