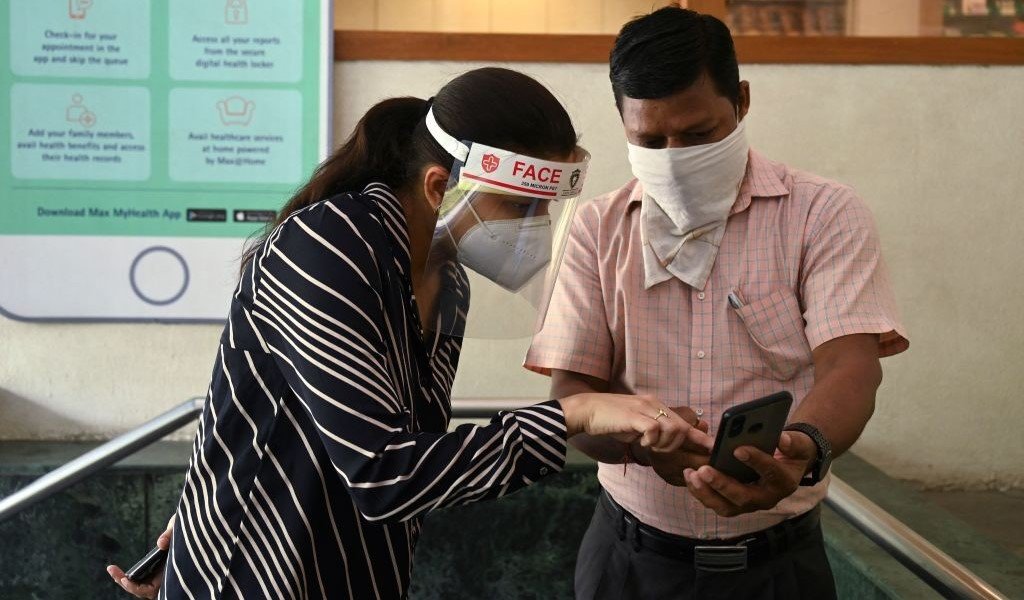 People wait to receive a dose of the Covishield, AstraZeneca-Oxford’s Covid-19 coronavirus vaccine, at Max hospital in New Delhi on May 1, 2021 during the first day of India’s vaccination drive to all adults. (Tauseef Mustafa/AFP via Getty Images)

WASHINGTON – After the U.S. announced travel restrictions on India, which are set to start on May 4, barring the entry of non-U.S. citizens who traveled to India during the 14-day period preceding their entry into the U.S., the Biden administration has further announced that certain categories of students, academics, and journalists are exempted from the new set of travel restrictions.

“In keeping with the Department of State’s commitment to facilitate legitimate travel to the United States, Secretary Blinken decided today to apply the same set of National Interest Exceptions to India that he had previously applied to all other regional travel restrictions currently in effect as a result of the COVID-19 pandemic,” the U.S. State Department said.

Students seeking to commence studies in the fall, certain academics, journalists, and individuals who provide critical infrastructure support in countries affected by a geographic COVID-19 restriction may qualify for a National Interest Exception. This includes qualified applicants who have been present in India, Brazil, China, Iran, or South Africa, according to a State Department release.

“As the global situation evolves, the department continues to seek ways to process more visa applications, in line with science-based guidance from health authorities, and with the health and safety of staff and applicants as our priority,” the State Department said.

The State Department also announced April 30 it is sending a top career diplomat to India as the country grapples with a crippling wave of coronavirus cases.

The department said in a statement that it is sending Daniel Smith, a former acting secretary of state and acting deputy secretary of state, to temporarily serve as the charge d’affaires at the U.S Embassy in New Delhi.

“Ambassador Smith’s appointment underscores the United States’ strong commitment to our partnership with the Government of India and the Indian people. He will spearhead close cooperation with India to ensure that our countries continue to advance our shared priorities, including overcoming the global pandemic,” the State Department said.

“The United States stands in solidarity with India, and Ambassador Smith is committed to working together with India in partnership.”