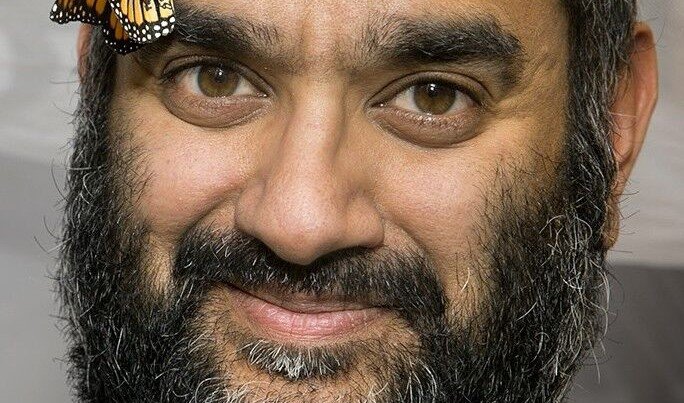 Prof. Anurag Agrawal of Cornell University is one of the Indian American scientists elected to the National Academy of Sciences. (cornell.edu photo)

The National Academy of Sciences April 26 announced its latest cohort of members, including four Indian Americans among the group of 120 newly-elected individuals.

Additionally, 30 international members were named in recognition of their distinguished and continuing achievements in original research.

“The historic number of women elected this year reflects the critical contributions that they are making in many fields of science, as well as a concerted effort by our Academy to recognize those contributions and the essential value of increasing diversity in our ranks,” said National Academy of Sciences president Marcia McNutt. “I am pleased to welcome all of our new members, and I look forward to engaging with them in the work of the National Academies.”

Agrawal’s research, according to a news release on cornell.edu, melds questions on the ecology and evolution of interactions between wild plants and their insect pests, including aspects of community interactions, chemical ecology, coevolution and the life cycle of the monarch butterfly, which he explored in his 2017 book, “Monarchs and Milkweed: A Migrating Butterfly, a Poisonous Plant, and Their Remarkable Story of Coevolution.”

“It’s a tremendous honor and totally unexpected,” Agrawal said. “I look forward to representing Cornell and also playing a part in the NAS role of advising the U.S. government on science policy.”

Ghosh’s research examines the connection between the immune system and various diseases, from cancer to sepsis to diabetes and more, said a columbia.edu news release. He has a deep interest in deciphering the complexities of transcriptional regulation—the ways by which a cell regulates the conversion of DNA to RNA—to better understand the mechanisms of the immune system and the pathological changes that occur to its pathways in many diseases.

Most recently, the report said, Ghosh and members of his lab uncovered new clues to sepsis that may speed diagnosis. They identified two microRNAs produced in immune cells during prolonged inflammation and found that in a mouse model of sepsis, these microRNAs suppressed the immune system at a critical time when a full immune response was needed. Their findings suggest the two microRNAs could inform a test to help physicians classify patients into those with milder infections versus others with organ failure who are at high risk of sepsis and death.

Jain is a theoretical physicist who is interested in unexpected reorganizations that occur when a large number of particles interact, according to a Penn State news release. He is best known for work leading to the discovery of exotic particles called composite fermions, which Jain had postulated to explain the fractional quantum Hall effect, one of the most remarkable quantum states of matter.

Narlikar, a professor of biochemistry and biophysics, studies how the folding and compartmentalization of our genome is controlled to generate the many cell types that make up our body. Her laboratory has made pioneering discoveries about the mechanisms of macromolecules that regulate genome organization, said a UCSF news release. These types of findings from the Narlikar laboratory are changing textbook descriptions of genome packaging and suggesting new avenues to tackle diseases caused by defects in genome organization, added the release.

The National Academy of Sciences is a private, nonprofit institution that was established under a congressional charter signed by President Abraham Lincoln in 1863.