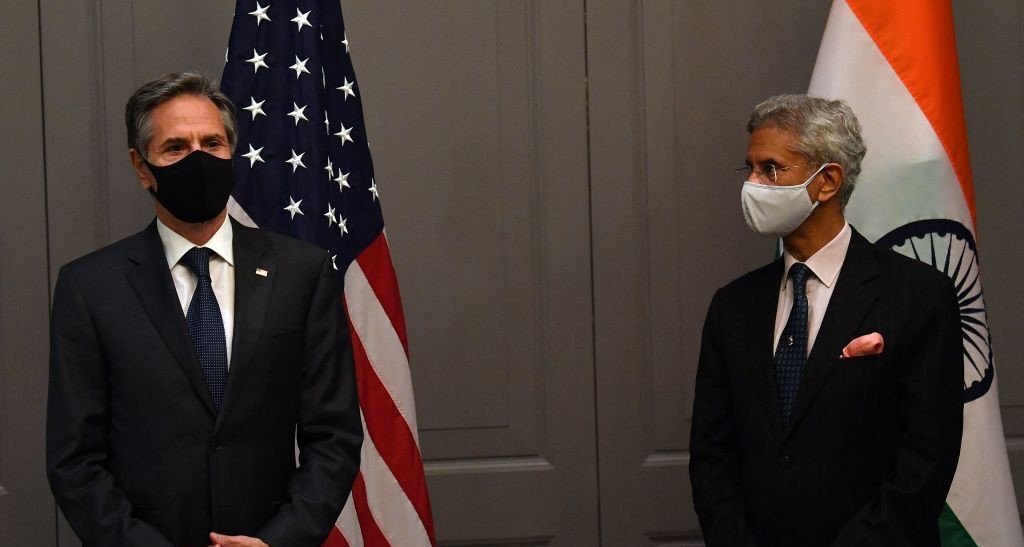 After their meeting on May 3, Jaishankar said that they “discussed how our collaboration could help globally in expanding vaccination capabilities,” according to a transcript of his remarks distributed by the State Department.

“Among the many subjects we discussed was, first and foremost, the strong support we are getting from the U.S. on dealing with the Covid situation. We are very, very appreciative of that,” the minister said.

Blinken said: “We remember so well when India came to our assistance in the early days of Covid in a very important and powerful way, and we are joined in this fight together and determined to do everything we can to help, and then for our two countries to continue to work even more closely together to help deal with what is a truly global challenge.”

The U.S. has pledged $100 million in aid to India to fight the devasting surge in Covid-19 cases and has already sent four planeloads of oxygen cylinders and concentrators and vital medicines like Remdesivir. According to ANI, the fifth in a series of consignments carrying 545 oxygen concentrators arrived from the U.S. on May 4.

Jaishankar is in London as a guest at the meeting of the G7 Foreign Ministers.

State Department spokesman Ned Price said that Blinken “reaffirmed India’s important role when it comes to the climate crisis and as a leading partner in the Indo-Pacific.”

“They also discussed ways to deepen cooperation in multilateral fora, including at the UN Security Council and as a G7 guest country.”

“As we combat COVID surges in India and other nations with our stores of the AstraZeneca vaccine, I’ve joined with @RepMaloney, @WhipClyburn & @RepStephenLynch in requesting a briefing from the Biden Administration as part of our inquiry to ensure the vaccines are deployed rapidly,” tweeted Krishnamoorthi.

In related news, Pfizer is discussing expedited approval of its Covid-19 vaccine with the Indian government, company CEO Alber Bourla said while announcing a donation of medicines worth $70 million to fight the resurgent pandemic.

“We are currently discussing with Indian government an expedited approval pathway to make our Pfizer-BioNTech vaccine available for use in the country,” he said in a video posted on the company website.

He pledged to send enough medicines over the next 90 days “to ensure that every Covid-19 patient in every public hospital across India can have access to them.”

“These medicines are valued at more than $70 million would be made available immediately and we will work closely with the government and our NGO partners to get them to where they are needed most.”

The medicines include steroid medications to reduce inflammation, anticoagulants to help prevent blood clotting, and antibiotics to treat secondary bacterial infections, he said.

It would be one of the biggest donations to India by a private company.

Bourla regretted that the Indian government had “unfortunately” not approved its vaccines for use in the country although an application was submitted several months ago.

The Indian regulator’s objection was that it had not undergone trials within the country.

But Bourla did not say if the company would waive its patent rights as the other major vaccine-maker Moderna has effectively done.

Johnson & Johnson, which developed a single-shot vaccine that can be kept at temperatures in ordinary refrigerators, has also not said if it would waive patent rights.