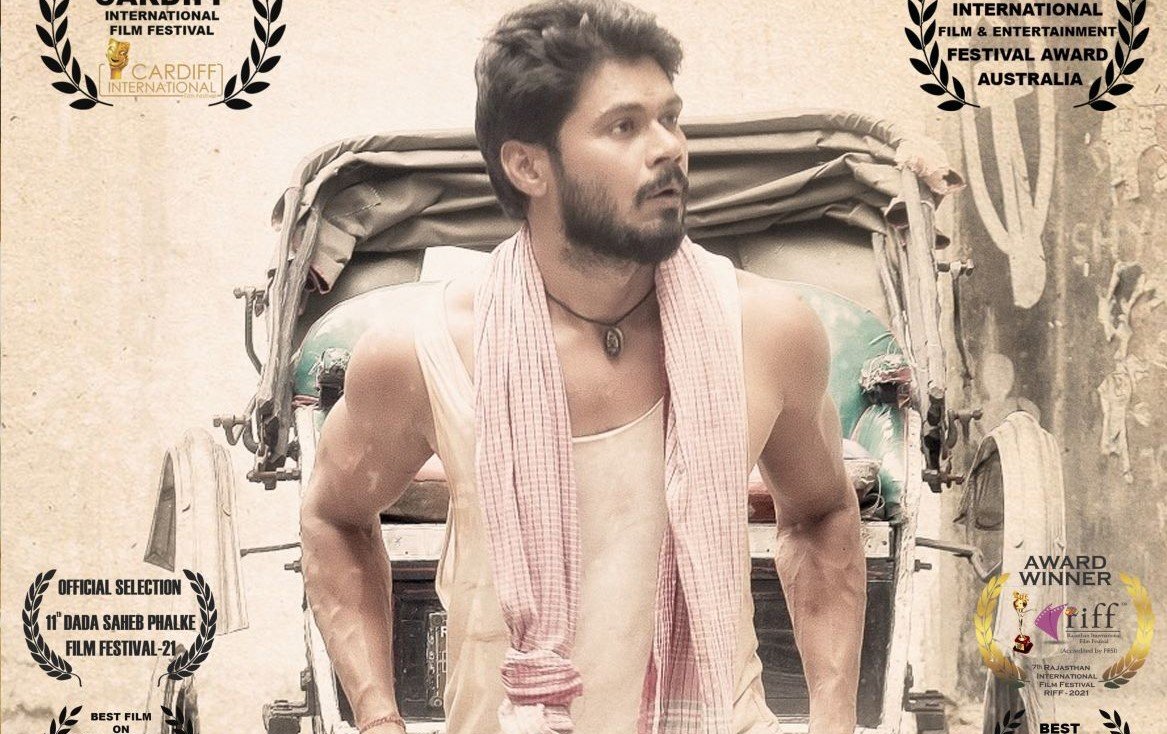 The film portrays a simplistic sense of storytelling, similar yet distinct from Mukherjee’s former projects. Set in the backdrop of the city of joy, Kolkata, “Rikshawala” features Avinash Dwivedi, Sangita Sinha and Kasturi Chakraborty.

This Mukherjee-directorial venture is his very first Bengali film and the 50-minute drama projects a hard-hitting narrative. Sharing his thoughts on the premiere, Dwivedi shared, “This film is definitely a milestone for me and all the accolades, including the award for the Best Actor at the 13th Ayodhya International Film Festival, and the awards at Cardiff and Melbourne have truly given me a boost as an actor. I was really excited about working on this project right after I heard the narration. Before meeting Ram Kamal sir, I was a little nervous about his seniority but after meeting him, he made me feel very comfortable and we became friends at an instant. Every aspect from the film is relevant and touching.”

He added, “I could really connect to my character in the film. He is someone who would do anything for his family and really loves his profession to the core. The film will make you think, and will touch you in ways that you won’t forget. While I was comfortable with the Bhojpuri dialogues, Bengali isn’t a language that I’m very familiar with, but I did want to give it a shot, so I ended up dubbing both Bhojpuri and Bengali dialogues in the film.”