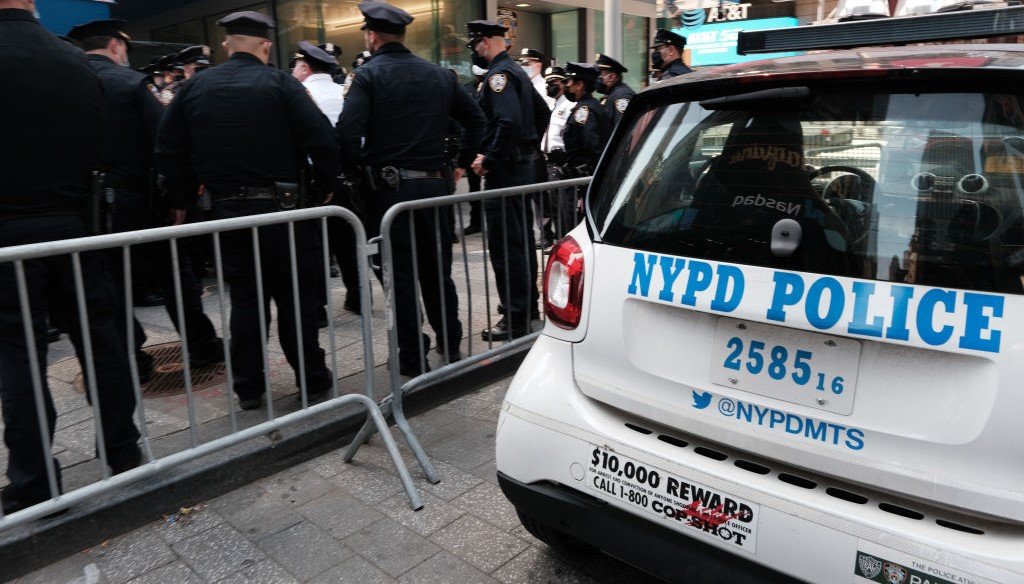 Pushkar Sharma had blood on his clothing when he showed up at the 105th Precinct stationhouse May 8 and told officers he had killed his mother, a police spokesperson said. Above: File photo of New York Police Department police officers in Times Square near a police precinct. (representational image/Spencer Platt/Getty Images)

NEW YORK — A 28-year-old Indian American man walked into a Queens police station and confessed to killing his mother, police said May 9.

The mother was found fatally assaulted inside her Queens home at about the same time.

Pushkar Sharma had blood on his clothing when he showed up at the 105th Precinct stationhouse shortly after 8:30 a.m. on May 8 and told officers he had killed his mother, a police spokesperson said.

That was at about the same time that Emergency Medical Service workers were trying to save the life of 65-year-old Saroj Sharma.

The victim’s daughter had called 911 after finding her mother unconscious in the basement of her home in the Bellerose Manor neighborhood, authorities said.

Saroj Sharma had bruising to her face and neck, police said. She was taken to a hospital, where she was pronounced dead.

Pushkar Sharma was arrested on charges of murder and sex abuse. No details of the sex abuse charge were provided. It wasn’t clear if Sharma had an attorney who could comment on the charges.

IANS adds from New York: “What should have been a celebration of Mother’s Day became a brutal, tragic nightmare for a Queens family,” Melinda Katz, the prosecutor for the Queens County of New York City, said May 9.

Announcing the arrest of Pushkar Sharma, she said, “The defendant in this horrific case allegedly choked, punched, sexually assaulted and killed his mother in their home on Saturday.”

If convicted, he will face a maximum jail sentence of 25 years for the category of murder he is charged with. Criminal penalties are determined by state laws and New York state does not have the death penalty.

Katz said that the accused approached his mother “from behind, placed his hands around her throat and then began to choke and punch her multiple times in the face.”

Afterwards, he went to his room to pick up his wallet and keys and walked to a police station to report the crime.