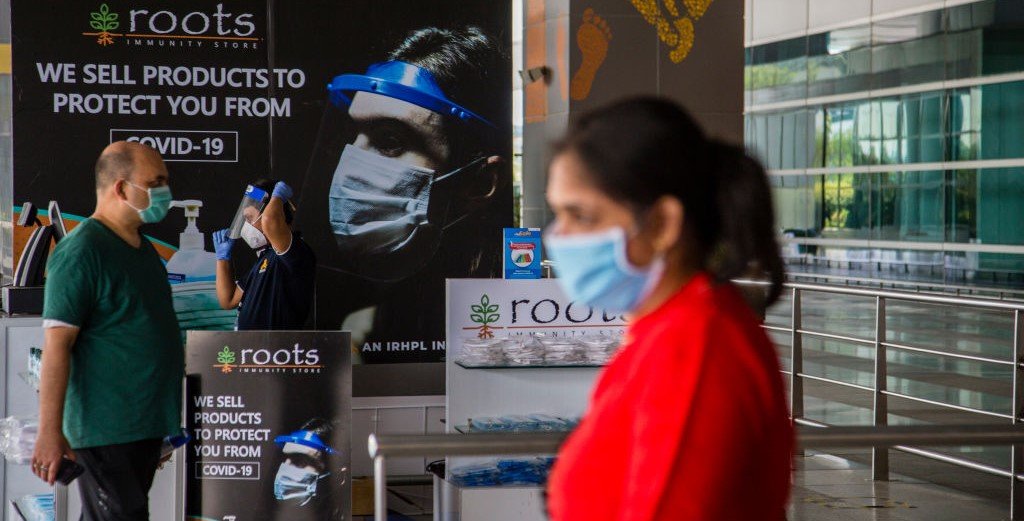 An Indian traveler wearing a protective mask waits at the drop-off point of Terminal 3 of the Indira Gandhi International Airport May 26, 2020 in Delhi, India. (Yawar Nazir/Getty Images)

SYDNEY — An Australian judge May 11 rejected a challenge to a temporary COVID-19 ban on citizens returning from India.

The government imposed the Indian travel ban on April 30 to relieve pressure on quarantine facilities for returned international travelers. The ban will be lifted May 14 when a government-chartered plane is expected to repatriate 150 of the 9,000 Australians in India who want to come home.

Federal Court Justice Tom Thawley dismissed the first two parts of a four-pronged challenge to the ban initiated by 73-year-old Australian Gary Newman who has been stranded since March last year in the Indian city of Bangalore.

The second two parts are based on constitutional grounds so require more notice for a court hearing than Newman’s application last week for an urgent hearing allowed.

The hearing was initiated before the government announced that six chartered flights would bring Australians home before the end of May. The government has yet to decide when commercial flights will resume.

The ban is the first time that Australia’s Biosecurity Act has been used to prevent Australians from returning home.

Newman’s lawyers had argued the ban violated a fundamental common law right of citizens to enter their country of citizenship.

Thawley ruled that the Biosecurity Act was intended to impinge on common law rights.

Australia has used its geographic isolation as an island nation to its advantage in fighting the pandemic. It has been among the most successful countries in preventing the virus’s local spread. The vast majority of COVID-19 cases are returned travelers diagnosed while in 14-day quarantine.

The Federal Court has yet to rule on a challenge to Australia’s tight restrictions on its citizens leaving the country for fear that they would bring the virus home.