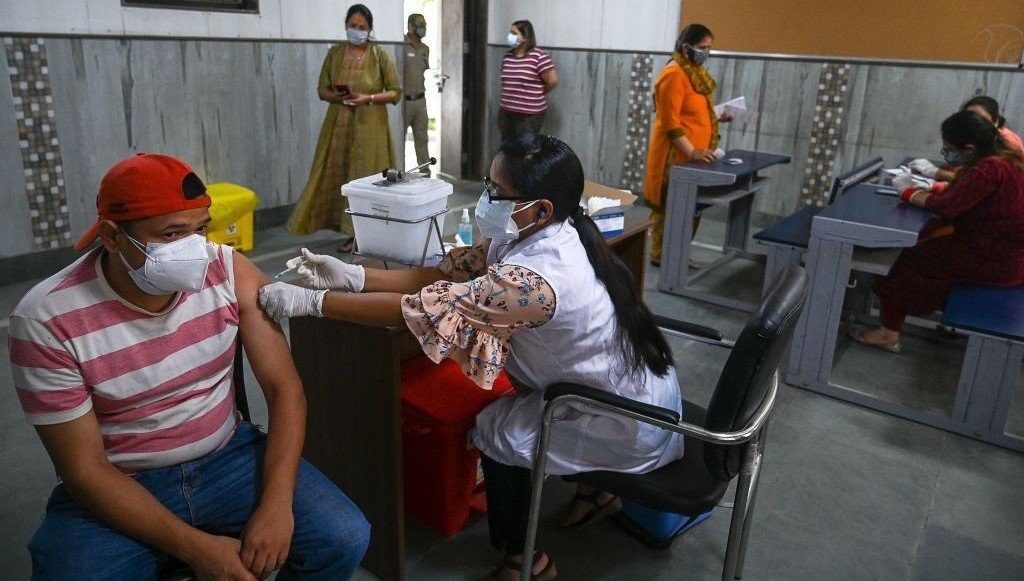 An Indian health worker inoculates a man with a dose of the Covishield Covid-19 coronavirus vaccine at a vaccination center in New Delhi on May 13, 2021. (Prakash Singh/AFP via Getty Images)

NEW DELHI — India’s two biggest cities have reported a drop in daily infections but the government is warning that the devastating surge is spreading in rural areas, where nearly two-thirds of India’s 1.4 billion people live.

Prime Minister Narendra Modi on May 14 warned people to take extra precautions as the virus was spreading fast in rural areas. He said the government was mobilizing all resources, including the military.

News reports say hapless villagers have been rushing the sick to nearby towns and cities for treatment because health care facilities are limited in the countryside.

After a peak of 11,000 daily infections, Mumbai, India’s financial and entertainment capital, has been reporting less than 2,000.