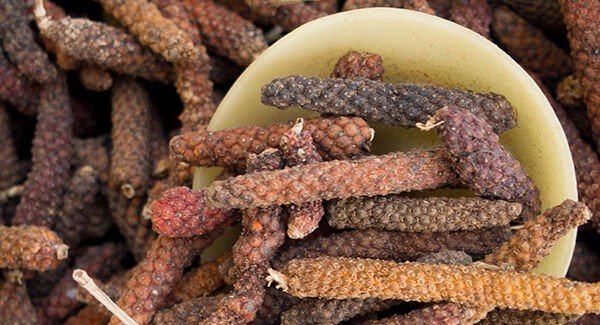 The Indian long pepper plant is said to have anti-cancer properties. (penntoday.upenn.edu photo)

Piperlongumine, a chemical compound found in the Indian long pepper plant, is known to kill cancerous cells in many tumor types, including brain tumors, according to Penn Medicine.

Now, an international team, including researchers from the University of Pennsylvania’s Perelman School of Medicine, has illuminated one way in which the piperlongumine works in animal models — and has confirmed its strong activity against glioblastoma, one of the least treatable types of brain cancer, the university announced in a press release.

The researchers, whose findings were published this month in ACS Central Science, showed in detail how piperlongumine binds to — and hinders the activity of — a protein called TRPV2, which is overexpressed in glioblastoma in a way that appears to drive cancer progression.

The researchers are now working to develop their approach in further preclinical studies, with the hope of one day testing it in clinical trials with glioblastoma patients.