HomeIndiaIndia and the worldCity of Dallas Raises Over $1 Million for COVID-19 Relief Efforts in Jaipur, Rajasthan

City of Dallas Raises Over $1 Million for COVID-19 Relief Efforts in Jaipur, Rajasthan 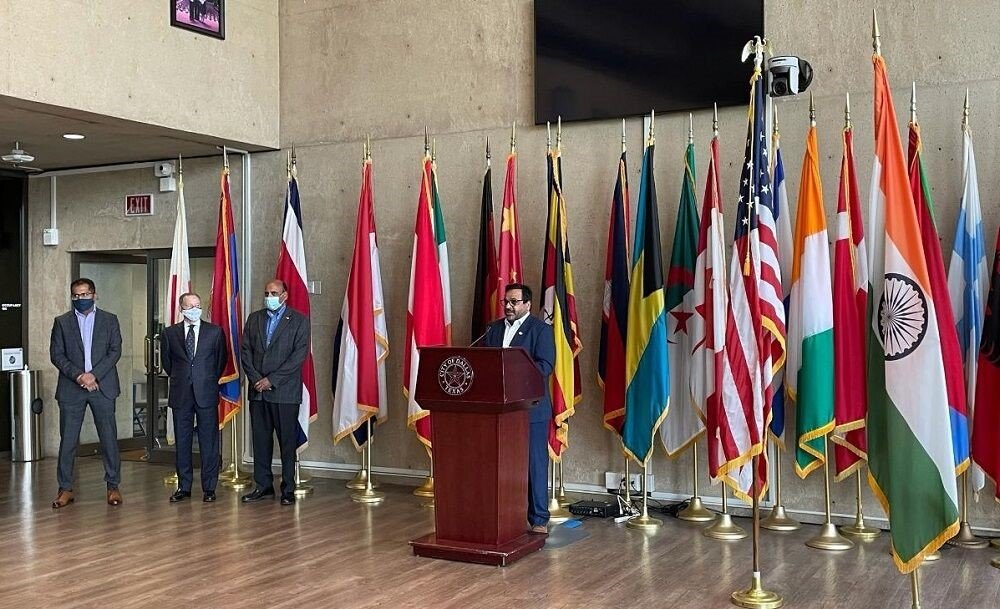 City of Dallas Raises Over $1 Million for COVID-19 Relief Efforts in Jaipur, Rajasthan

As India battles a surge in Covid-19 cases, the city of Dallas, Texas, in partnership with the Indian American CEO Council and Dallas Foundation.org, has raised more than $1 million worth of relief supplies for Jaipur in Rajasthan.

So far, the relief effort has raised more than $1 million worth of personal protective equipment, including masks and gloves.

The mayor asked Agarwal, who serves as his Park Board appointee, to help identify a city in need in India, according to a press release. Agarwal selected the city of Jaipur, which has a population of more than 3.1 million people, it said.

“Cities are on the front lines of solving the world’s problems,” Johnson said. “This has been made even more apparent during the pandemic as local governments, in the absence of clear federal guidance and planning, had to act quickly last year and take decisive measures to protect their residents’ lives and livelihoods.”

Mayor Johnson and Agarwal had a virtual meeting May 15 with Dr. Raghu Sharma, the current Cabinet Minister of Health and Family Welfare for the Government of Rajasthan and Jaipur, to discuss the effort, noted the release.

“The crisis in India is heartbreaking and beyond comprehension,” Agarwal said. “I am incredibly grateful to Mayor Johnson for stepping up to ask how Dallas can help the people of India through this city-to-city connection.”

The Dallas Foundation is accepting donations at DallasFoundation.org/IndiaCovidRelief.